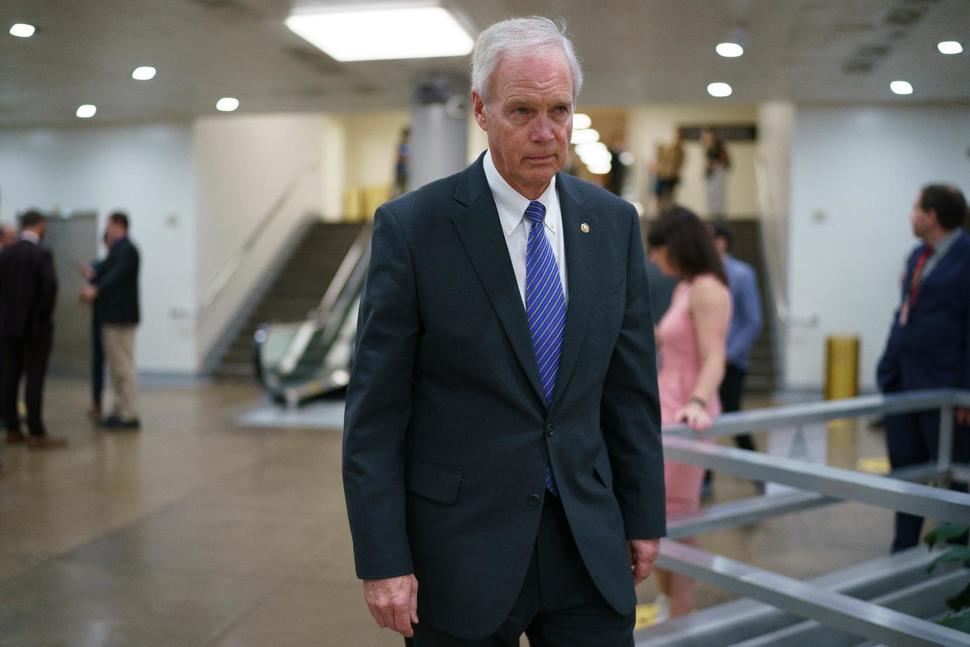 The Senate is set to approve a big innovation bill aimed at making the U.S. more competitive with China and other countries.

What started as a pragmatic effort to boost scientific research and development has morphed into a sweeping Senate bill aimed at making the U.S. more competitive with China and other countries, including $50 billion in emergency funds to shore up domestic computer chip manufacturing.

The American Innovation and Competition Act is key to President Joe Biden’s infrastructure plans and was heading toward final passage despite some glitches late Thursday. It’s also a test of whether the split 50-50 Senate can accomplish bipartisan achievements when there’s pressure on Democrats to change the rules to push past obstruction and gridlock.

Senators slogged through days of debates and amendments, but proceedings came to a standstill late Thursday. One Republican, Sen. Ron Johnson of Wisconsin, protested the rush to finish and insisted on more changes to the sprawling package. A few other Republicans joined him.

By midnight senators huddled in the chamber to discuss next steps. Passage was still expected, but debate dragged into early Friday before a recess until later in the morning.

Sen. Maria Cantwell, D-Wash., the Commerce Committee chairwoman managing the action for Democrats, reminded colleagues that the bill has been through lengthy committee hearings with input and changes from all sides.

“I actually think we have gotten more mindshare with people about why this is important, right, because we had an open debate process,” she said earlier in the week.

The emerging final product has enjoyed broad, bipartisan support and would be one of the more comprehensive investments in U.S. research and development in recent years as the country tries to bolster and rebuild home-state industries that have shifted overseas during the era of globalization.

A top Republican author, Sen. Todd Young of Indiana, characterized his underlying proposal — the Endless Frontier Act he co-authored with Senate Majority Leader Chuck Schumer — as part of the country’s history of innovation, like the moon landing or launch of the internet, that Washington needs to foster if America is to remain competitive.

“It’s not about beating China,” Young said in a speech Thursday. He said it’s about rising to the challenge posed by China “to be a better version of ourselves.”

Biden had included elements of the legislation as part of his big infrastructure plan, the American Jobs Act, making a similar case that the U.S. needs to increase its investments to stay competitive with rivals, particularly China.

During a virtual meeting with CEOs last month over the global computer chip shortage that has been disrupting supplies and sales of everyday goods — from cellphones to new cars — Biden explained his plan to “build the infrastructure of today.”

But the bill became weighted down by the sheer scope of the effort. Actually a collection of bills, it swelled to more than 2,400 pages and a final package of some three dozen amendments from senators of both parties submitted late Thursday caused the opponents to hit the brakes.

Johnson stacked up the bill at his desk bemoaning the towering size, even as he said the legislative process to bring the bill to this point had been better than most over the past decade.

“We haven’t had time to read this — no one has,” said Sen. Rick Scott, R-Fla., joining Johnson’s protest.

The last round of amendments was shelved by the objection. But Johnson seized the floor to push other priorities, including his concerns over another topic — illegal immigration and his interest in secure fencing along the southern border with Mexico.

The centerpiece of the bill is a $50 billion emergency allotment to the Commerce Department to stand up semiconductor development and manufacturing through research and development and incentive programs previously authorized by Congress. They focus on the military, automakers and other critical industries reliant on computer chips.

The U.S. once manufactured far more chips than today, which some senators said put the U.S. at risk of fluctuations in the global supply chain, as happened over the past year with shortages.

The Endless Frontier provision would authorize funding for the National Science Foundation, including the establishment of a Directorate for Technology and Innovation, as well as research and development funds and scholarships for students focused on science, technology, engineering and math programs.

Senators have tried to strike a balance in raising awareness about China’s growing influence without fanning divisive anti-Asian rhetoric, mindful that hate crimes against Asian Americans have spiked during the coronavirus pandemic.

Other measures spell out national security concerns and target money laundering schemes or cyberattacks by entities on behalf of the government of China. There are also “buy America” provisions for infrastructure projects in the U.S.

At the same time, senators agreed to tack on amendments showing shifting attitudes over China’s handling of the COVID-19 outbreak. One would prevent federal funds for the Wuhan Institute of Virology amid fresh investigation into the origins of the virus and possible connections to the lab’s research. The city registered some of the first virus cases.

Taken together, the innovation act has been a priority for Schumer, the Democratic leader who has long advocated a tougher approach to China. He and Young struck up a conversation about teaming up on a bill during workouts at the Senate gym, lawmakers said.

It’s unclear whether the measure would find support in the Democratic-led House.