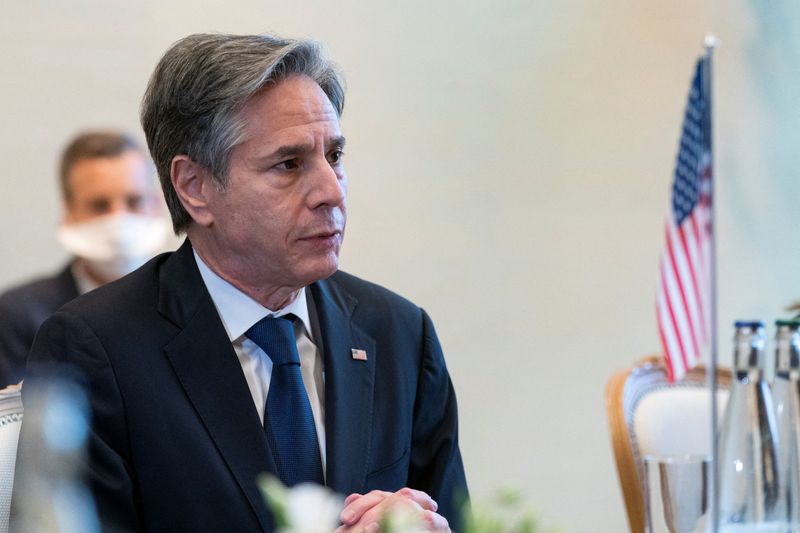 WASHINGTON (Reuters) -U.S. Secretary of State Antony Blinken on Sunday rebuffed the idea of imposing economic sanctions on Russia now, saying that doing so would undercut the West’s ability to deter potential Russian aggression against Ukraine.

Russia’s massing of troops near its border with Ukraine has sparked Western concerns that it may invade. If Russia does make an incursion, the West has threatened sanctions with far-reaching economic effects. Moscow has said it has no plans to invade.

“When it comes to sanctions, the purpose of those sanctions is to deter Russian aggression. And so if they are triggered now, you lose the deterrent effect,” Blinken told CNN’s “State of the Union” program in an interview.

Blinken said if one more Russian force entered Ukraine in an aggressive manner, that would trigger a significant response.

Asked if U.S. hands were tied over Ukraine because of its need for Russian support in separate talks on reining Iran’s nuclear program, Blinken, speaking to CBS’s “Face the Nation” program, replied: “Not in the least.”