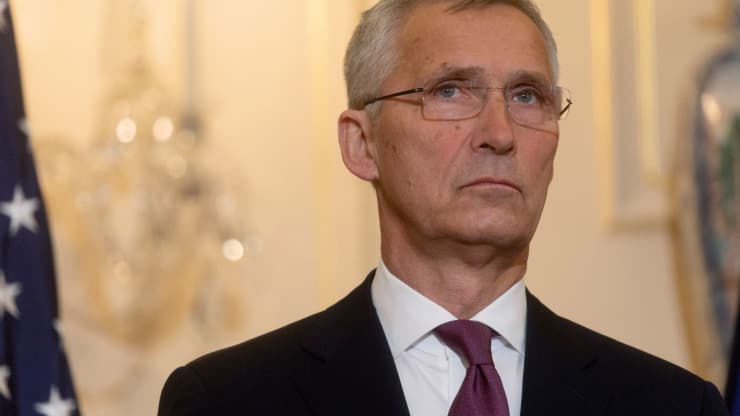 Early Thursday, Ukraine’s southern military command said the situation in its operational area — where fighting is intensifying around Zelenskyy’s hometown of Kryvyi Rih as well as Zaporizhzhia to the east and Mykolaiv and Kherson to the south — is “tense and complex.”

Ukraine has warned that Russia is carrying out a “massive redeployment” of troops from the east to the south of Ukraine as it tries to defend its territorial gains against Ukraine’s attempts to reclaim occupied Kherson and areas around Zaporizhzhia.

The battle for eastern Ukraine is ongoing, however, with Zelenskyy describing the situation in the Donbas as hellish, adding that Russia still has the upper hand in the region.

Kyiv has ordered the mandatory evacuation of residents in the Donbas amid intense fighting.

Russia’s war in Ukraine is an attack on the current world order, according to NATO’s Secretary-General Jens Stoltenberg.

Stoltenberg, speaking in his native Norway, said Europe was “experiencing its most dangerous situation since World War II” and that Russia must not be allowed to win.

“It’s in our interest that this type of aggressive policy does not succeed,” Stoltenberg said in comments reported by Reuters. Stoltenberg added that if Russian President Vladimir Putin considered doing anything similar to a NATO country, the full alliance will react.

A central tenet of the Western military alliance is that an attack on one member is an attack on the whole 30-member organization, with members pledging to come to each other’s mutual aid.