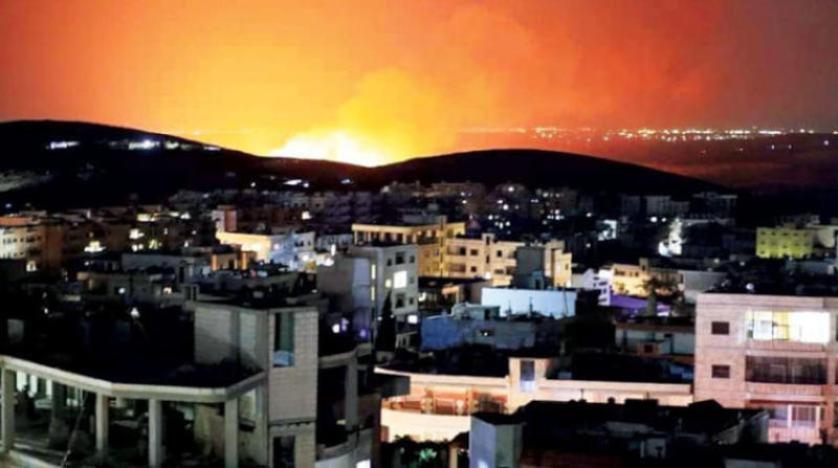 The order stems from desire to avoid the militias being targeted by Israeli raids, which have stepped up in recent days.

Regime loyalists have accused Russia of being a weak ally over its inability to break its silence on repeated Israeli violations of Syrian sovereignty.

Russia’s demand was made during a meeting that included three Russian officers and their Iranian counterparts at the Hama Military Airport in central Syria on Wednesday.

“Russian officers informed the Iranian side of the need to evacuate Iranian military headquarters near the site of Regiment 49, which belongs to the Syrian regime forces,” a source told Asharq Al-Awsat.

The Regiment 49 site is one of the most important military sites in western Hama because it houses long-range S-200 missiles and other Russian-made military equipment.

“The Russian officers also demanded that the Iranians evacuate a second Iranian military site in the Hamidiya area, south of Tartus governorate on the Syrian coast,” the source added.

The order to evacuate the military locations came so that Iranian militias could avoid Israeli air strikes, confirmed the source.

Moreover, the Russians are seeking to maintain stability in western Syria, and to deprive Israelis of excuses or pretexts to continue the bombing this important part of the country.

Recent Israeli air raids had targeted the Military Scientific Research Center and other camps near the city of Masyaf, 40 kilometers west of the center of Hama governorate.

Iranian militias were using the targeted sites to manufacture and develop weapons, including short-range missiles.