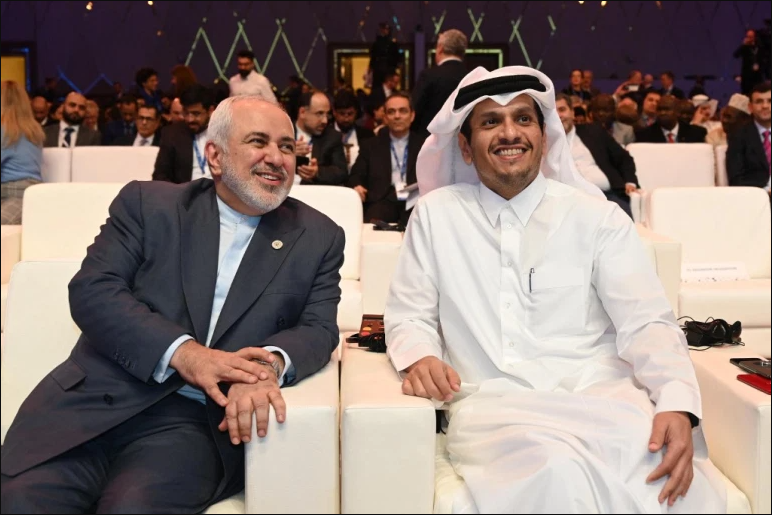 Qatar is calling on the United States and Iran to engage in “positive” discussions as negotiators are set to begin a fourth and potentially decisive round of indirect talks to try to revive the Iran nuclear agreement.

Foreign Minister Sheikh Mohammed bin Abdulrahman Al Thani said Qatar is urging a reduction in tensions between Washington and Tehran as diplomats for the two sides meet separately Friday in Vienna with European, Russian and Chinese representatives to find a way to revive the Iran nuclear agreement.

“We have strong and strategic relations with Washington and we have good relations with Tehran and we don’t want to increase the tension, which will reflect negatively on Qatar and the region,” Foreign Minister Al Thani said.

“There are continuous calls with the US and Iran and encouragement for them to engage in discussion in a positive way,” Al Thani told Al Jazeera in an interview.

In Washington, a senior US State Department official said on Thursday an agreement could be reached within weeks on a path for Washington and Tehran to resume compliance with the 2015 Iran nuclear deal if Iran makes a political decision to do so.

“Is it possible that we’ll see a mutual return to compliance in the next few weeks, or an understanding of a mutual compliance? It’s possible, yes,” the official told reporters on condition of anonymity during a telephone briefing.

Reached in 2015, the United Nations-backed agreement committed Iran to cut back its nuclear programme and refrain from developing fissile material for a nuclear weapon in return for relief from punishing economic sanctions.

Former President Donald Trump abandoned the agreement in 2018 and reinstated US sanctions, even though Iran had been complying with the terms of the agreement.

“There are mutual fears between the GCC countries and Iran and there needs to be direct dialogue to address these fears,” said Al Thani who led a high-level delegation to Tehran in February to discuss the nuclear deal and tensions between Iran and Arab rivals.

Iran’s foreign ministry warned last month that a bid by the Gulf Cooperation Council to have its concerns about Iran’s nuclear programme addressed in any revived version of the 2015 agreement would derail the talks in Vienna.

“Their goal in bringing up such statements is to not ask for participation but to disrupt the process of technical talks in Vienna,” Iran’s foreign ministry spokesman Saeed Khatibzadeh had said.

Saudi Arabia had opposed the Iran nuclear accord and in 2017, cut ties with Qatar, which enjoys good relations with Tehran, and attempted to impose a blockade.

In January, Saudi Arabia and other Gulf Arab states announced an end to the actions against Qatar. Saudi Arabia and Iran recently held talks in Iraq in a diplomatic effort to open channels and reduce hostilities.