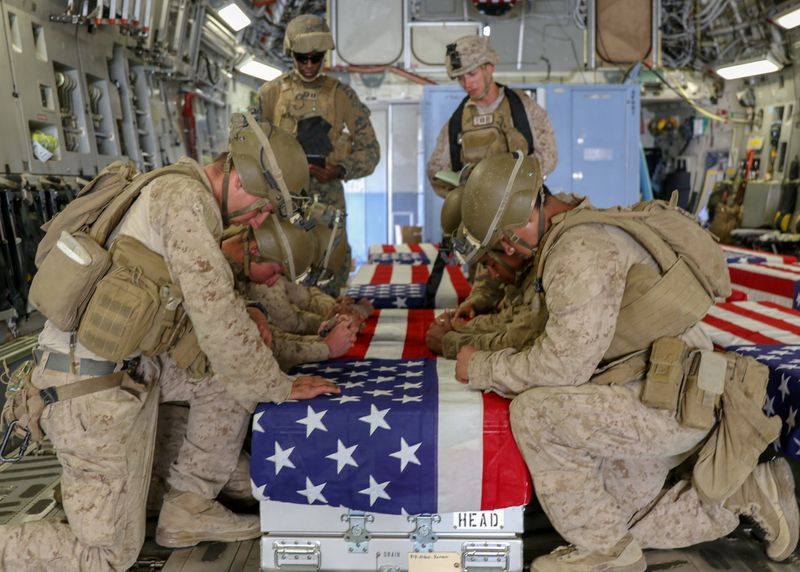 By Phil Stewart and Patricia Zengerle

WASHINGTON (Reuters) – President Joe Biden’s top military leaders are expected to face some of the most contentious hearings in memory this week over the chaotic end to the war in Afghanistan, which cost the lives of U.S. troops and civilians and left the Taliban back in power.

The Senate and House committees overseeing the U.S. military will hold hearings on Tuesday and Wednesday, respectively, where Republicans are hoping to zero in on mistakes that Biden’s administration made toward the end of the two-decade-old war.

That will follow similar questioning two weeks ago that saw U.S. Secretary of State Antony Blinken staunchly defending the administration, even as he faced calls for his resignation.

U.S. Defense Secretary Lloyd Austin is expected to praise American personnel who helped airlift 124,000 Afghans out of the country, an operation that also cost the lives of 13 U.S. troops and scores of Afghans in a suicide bombing outside the Kabul airport.

Austin is expected to “be frank about the things we could have done better,” a U.S. official told Reuters.

That will also certainly include the U.S. military’s last drone strike before withdrawing, which the Pentagon acknowledges killed 10 civilians, most of them children – and not the Islamic State militants it thought it was attacking.

“We lost lives and we took likes in this evacuation,” the official said.

Ahead of the hearing, Senator James Inhofe, the Senate Armed Services Committee’s top Republican, wrote to Austin with a long list of requests for information, including on the Aug. 26 airport bombing, equipment left behind and the administration’s future counter-terrorism plans.

Senator Jeanne Shaheen, a Democrat, said lawmakers would also press about “a lack of coordination and a real plan for how we were going to get all the Afghans who helped us out of the country.”

“I don’t know if we’ll get answers. But questions will be raised again about why we got to the point that we did in Afghanistan,” she told Reuters in a telephone interview.

Many of the hardest questions may fall to the two senior U.S. military commanders testifying: Army General Mark Milley, chairman of the Joint Chiefs of Staff, and Marine General Frank McKenzie, head of U.S. Central Command.

But McKenzie and other U.S. officials will be under pressure to defend the Biden administration’s plans to address future counter-terrorism threats from groups like al Qaeda and Islamic State by flying in drones or commandos from overseas.

Republicans have accused the Biden administration of downplaying the risks associated with that so-called “over the horizon” capability.

Separately, Milley could face intense questioning over an account in a new book alleging he bypassed civilian leaders to place secret calls to his Chinese counterpart over concerns about former President Donald Trump.

Milley’s office pushed back against the report in the book, saying the calls he made were coordinated within the Pentagon and across the U.S. government.

Senator Marco Rubio has called for his resignation. Senator Rand Paul said he should be prosecuted if the account in the book was true. But some of the greatest concern has come from lawmakers in the House, where Milley will testify on Wednesday.