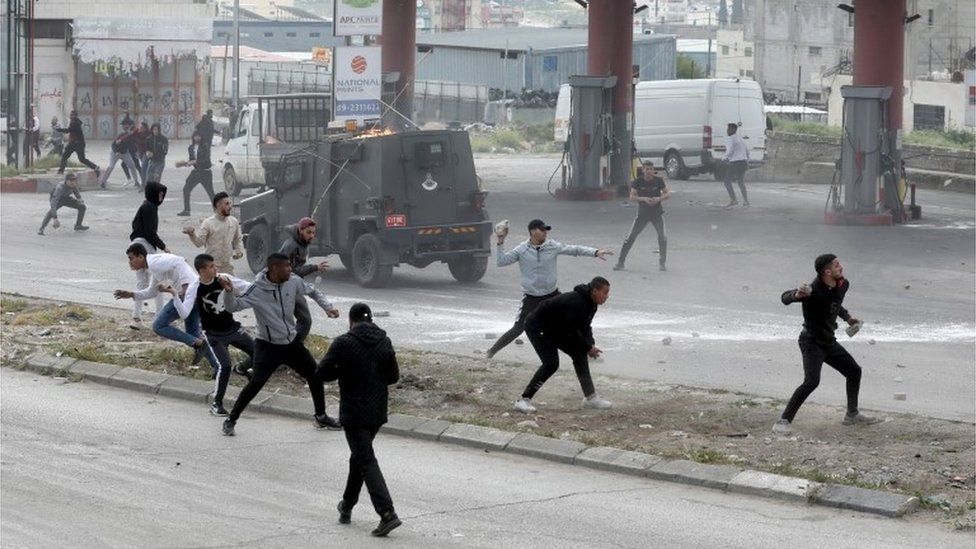 Five Palestinians have been killed in the past 24 hours amid operations by Israel to crack down on militants after a spate of deadly attacks on Israelis.

Palestinians say two youths were killed in the northern occupied West Bank on Thursday during an Israeli raid.

On Wednesday, a teenager and a lawyer were among three shot dead elsewhere in the West Bank as tensions soared.

Israeli forces stepped up operations after a Palestinian killed two Israelis at a bar in Tel Aviv last week.

Israeli Prime Minister Naftali Bennett said at the time that security forces would be given “full freedom of action… in order to defeat the terror”, though he did not specify what that meant.

A wave of attacks by Israeli Arabs and Palestinians in Israel in the past three weeks has left 12 Israelis and two Ukrainians dead. It has been one of the bloodiest periods of its kind for years, putting the country on edge.

Twenty Palestinians, many identified as gunmen, have been killed since then in Israeli sweeps in the West Bank. They have centred on the Jenin district, where two of the Palestinians who carried out attacks in Israel came from.

On Wednesday, a 14-year-old Palestinian, who Israel said had thrown a petrol bomb at soldiers, was shot dead near Bethlehem.

Another Palestinian, aged 20, was killed amid clashes near Ramallah, where Israel said its forces arrested three Palestinians planning an attack against Israelis in the coming days. One of those arrested was a fugitive member of the militant group Hamas who was accused of shooting dead an Israeli in 2015 and had recently escaped from Palestinian custody, according to Israel.

A 34-year-old Palestinian human rights lawyer, who was driving his nephews to school, was also shot dead after stopping his car during clashes in Nablus, Palestinian officials said. The health ministry said Israeli troops had shot him in the chest.

The Israeli military said soldiers entered Nablus to secure a site revered by Jews as the tomb of Joseph, so that it could be repaired after it was vandalised by Palestinians over the weekend. It said hundreds of Palestinians then began throwing rocks and petrol bombs, and that the soldiers used riot dispersal measures and live rounds.

The surge in violence comes ahead of a particularly volatile time, with the start of the Jewish festival of Passover on Friday night coinciding with the Islamic holy month of Ramadan and the Christian festival of Easter.

Hamas, which governs the Gaza Strip, and other militant groups have called for hundreds of thousands of Palestinians to converge on a contested flashpoint hilltop compound in Jerusalem known to Muslims as Haram al-Sharif and Jews as the Temple Mount on Friday to “protect” it from Jewish activity.

Passover traditionally sees an increase in visits by religious Jews to the site, which are viewed by Palestinians as provocative.