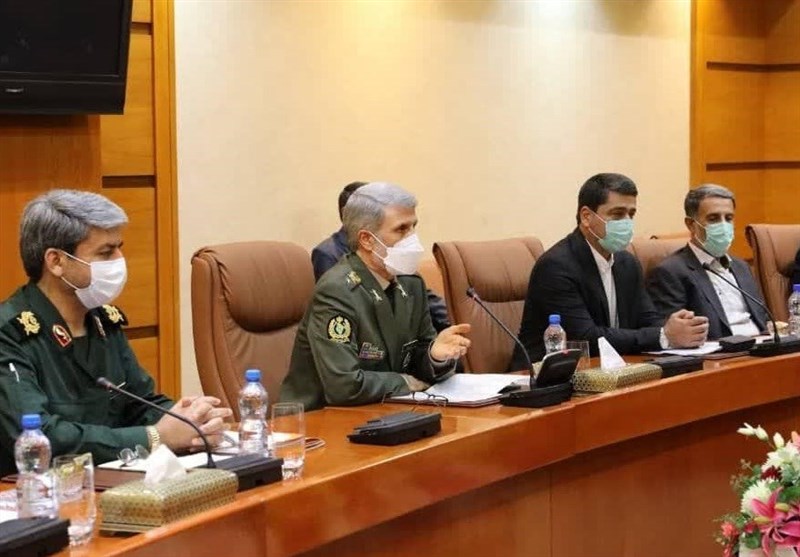 Defense Minister of Iran Brigadier General Amir Hatami hailed the Palestinian nation for advances in the struggle against Israel, saying they have been inspired by the Syrian people’s resistance and fight against Takfiri terrorist groups that benefitted from the Zionists.

In a meeting with the deputies of Syria’s minister of Internal Trade and Consumer Protection and minister of Industry, held in Tehran on Wednesday, General Hatami condemned the Israeli regime’s unforgiveable crime of massacring defenseless children and women in Gaza.

The Iranian defense minister said the steadfast and persevering people of Palestine have been inspired by the resistance and fortitude of Syrians in the war against Takfiri terrorist groups that received support from the hegemony and the Zionist regime.

Not only have Palestinians thwarted the usurping and illegitimate Zionist regime’s objectives, but they have turned the Israeli dream of controlling regions from the Nile to the Euphrates into the nightmare of maintaining the terrorist regime’s military base after a transition from the “stone Intifada to the missiles Intifada,” Hatami added.

The defense minister further highlighted Syria’s “strategic significance and role” in the axis of resistance, stressing that Iran will do its utmost to help protect Syria’s territorial integrity and participate in the process of reconstruction of the Arab country.

“The Defense Ministry’s economic organizations stand with Iran’s private sector activists for any cooperation and collaboration in the reconstruction of the friendly and brotherly nation, Syria, and in the fulfillment of its needs, and it will spare no effort on this course,” Hatami underlined.

The Syrian deputies, in turn, praised Iran’s unmatched role in supporting their country that resulted in the victory of resistance over terrorism.

They also expressed hope that Iran’s economic, trade and industrial cooperation would help Syria in the process of reconstruction in the same way that Tehran’s assistance helped Syria defeat the common enemies in the military arena.