These events, still coursing through the news cycle as the new season’s first episode aired, help explain why the show is starting to fall flat. Prestige dramas, even when they’re going for realism, almost always provide some real escapism. In the case of “Succession,” not even the luxurious settings and crackling dialogue can make viewers forget the Roy family’s very real — and very powerful — real-world counterparts.
But there’s more weighing down “Succession” than its unhappy reminders of Fox News and Trump’s media ambitions. The show is also part of the waning age of antiheroes, those fundamentally amoral, craven and power-hungry protagonists who have been at the center of prestige television for at least two decades now. And while antiheroes have dominated some of 21st-century television’s best shows thus far, from “The Wire” and “The Sopranos” to “Mad Men” and “Breaking Bad,” that era is giving way to shows whose protagonists are flawed and complicated — but still fundamentally good.
The season opener of “Succession” follows the aftermath of the dramatic news conference that closed Season 2. Kendall Roy, one of the children of conservative-media mogul Logan Roy, had called the news conference to take the blame for covering up a long history of harassment and abuse at the media company. But at the last moment, he seems to grow both a conscience and a spine: he exposes his father’s role in masterminding the cover up, with stacks of evidence to show the gathered reporters.
But the episode reveals that rather than transforming into a heroic whistleblower, Kendall remains the same preening, power-hungry, PR-obsessed character he always was, eager to seize control of his father’s company with little concern for the people around him. While it’s always possible that he could genuinely evolve in a positive direction before the series ends, it seems just as likely that his story will end like Don Draper’s did in “Mad Men”: substituting a yoga practice for inner peace and viewing enlightenment as just another marketable commodity. 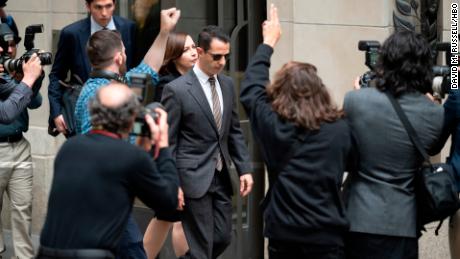 That outcome would be of a piece with the long line of antiheroes who came before Kendall Roy: men (antiheroes — from Tony Soprano on “The Sopranos” to Frank Underwood on “House of Cards” — have been almost exclusively men, and mostly White) who behave badly and never learn, whose hunger for power and wealth is never slaked, whose stories never end in redemption.
The antihero took center stage on television at the tail end of the 1990s, a dark twist on the ironic detachment and nihilism of sitcoms like “Seinfeld,” “a show about nothing” with a firm writing-room rule of “no hugging, no learning.” But where “Seinfeld” played that for laughs, the antihero dramas mined it for something more: bleak commentary on human nature, particularly on the violent, selfish, pained qualities of modern masculinity. It’s there in Tony Soprano’s murderous profession, in Don Draper’s alcoholism and insatiable sexual appetites. 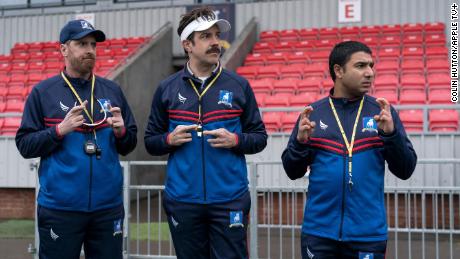 Yet, even as the age of the antihero was nearing its zenith, another type of television storytelling was beginning to emerge. In shows like “Parks and Recreation,” the NBC sitcom that ran from 2009 to 2015, the core characters and stories were built on warmth, generosity, friendship, and idealism. Coming out of the era of cringe comedies like “The Office,” “Parks and Rec” usually avoided becoming too saccharine, cutting moments of tenderness with sharp comedy.
Soon, critically acclaimed shows began to appear that revolved around personal growth and strong communities: “The Good Place,” “This Is Us,” “Ted Lasso.” These were prestige shows with flawed characters, complex storylines and far-from-pat resolutions. “The Good Place,” in particular, grappled with serious philosophical questions about goodness — while traipsing through the absurdist landscape of the afterlife. “Ted Lasso” continues to put forward a world where community, not individualism, drives the narrative.
It is little wonder that such shows have found significant audiences in the last five years, as politics became more cruel and the pandemic left people searching for something meaningful — in addition to an escape from the constant dread and anxiety stirred up by their own lives. Nor is it any surprise that the fictional antihero is now in decline.
In a country where actual antiheroes seem to continue to triumph — and redemption and consequences remain thin on the ground — tuning in for more of the same is a hard sell for some. So long as the age of antiheroes dominates in real life, the need for them on television is vanishingly small.