In assessing Terry McAuliffe’s loss to Glenn Youngkin, Democrats have been blamed for advocating a left-wing agenda while failing to marshal an effective strategy to counter right-wing racist dog-whistling — specifically around imagined support for so-called Critical Race Theory (in reality, an academic framework for understanding institutional racism; in right-wing fantasy, any mention of racism’s horrors in the classroom). This GOP talking point became a productive bogeyman, allowing the GOP to assert falsely that White children will be emotionally stunted by progressivism run amok.
Despite local victories for candidates like Michelle Wu, the new mayor of Boston, the election of centrist former police officer Eric Adams as New York City’s mayor and the defeat of a policing reform measure in Minneapolis are also being painted into this “Democrats lost because they’re not moderate enough” narrative.
It’s true that one year before a 2022 midterm election that, historically, signals major losses in Congress for the party in power, the Democrats have started to succumb to a narrative of decline partially of their own making. But the story here is really one about how easy it is to weaponize White anger for political gain. We are witnessing a backlash against the racial justice protests that rocked the US and the world in the wake of George Floyd’s murder in Minneapolis on May 25, 2020.
White voters in Virginia, hoodwinked by the charges that Terry McAuliffe supported something—CRT—that is not and has never been taught in Virginia or any public school in America illustrates the depth and breadth of the problem of anti-Black racism in American today. White parents’ fear and anxiety over some kind of conspiracy to destroy suburban school children through the teaching of CRT taps into a deeper well of racial resentment than is being openly discussed enough in the aftermath of Tuesday’s election. 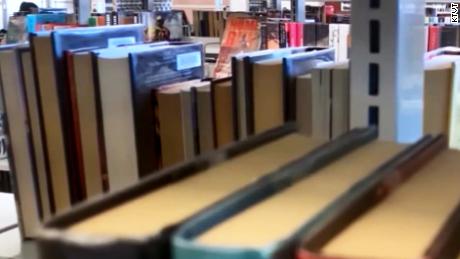 The racial politics of the “parental control” debate over what children are being taught in schools has a long and ugly history that is intimately connected to White fears of racial integration in the broadest possible sense. Fear of Black history being taught in predominantly White schools is simply the latest racial anxiety to be weaponized for partisan gain.
Part of the losses on Tuesday were also triggered by bad optics. The disastrous US withdrawal from Afghanistan allowed conservatives to portray President Joe Biden as feckless and weak. Continued global supply chain issues related to the Covid-19 pandemic continue to hurt businesses. Inflation rates have reached uncomfortable highs for consumers unused to sharp increases in the price of groceries and other goods.
Congressional Democrats’ inability to forge a meaningful coalition willing to commit to Biden’s legislative agenda has been perhaps the biggest blow. Efforts to pass the George Floyd Justice in Policing Act, voting rights reforms and a $3.5 trillion spending bill that promised game-changing policies for vulnerable Americans were all, at least in part, stymied by party infighting.
Two US senators, West Virginia’s Joe Manchin and Arizona’s Krysten Sinema, have become the targets of vociferous criticism from within the Democratic Party for resisting efforts to end the filibuster, pass voting rights legislation or support the full measure of Biden’s legislative agenda. 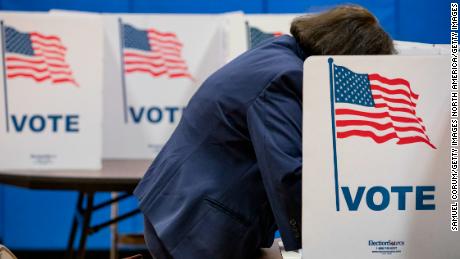 And then there’s Critical Race Theory. The assaults against CRT are a 21st-century echo of the Lost Cause mythology that attacked Reconstruction as a failed effort to grant citizenship to formerly enslaved Black Americans long before they were ready or capable of such an awesome responsibility. The falsehood of this narrative made it no less effective. Public school textbooks and teachers, North and South, taught aspects of the Lost Cause for more than a century. Some are still teaching it.
Anti-CRT legislation successfully passed in states such as Texas and used as a wedge issue in the Virginia gubernatorial election, traffics in lies and falsehoods that are, nonetheless, stunningly effective. Teaching Black history is not Critical Race Theory, but it has been treated as such in hundreds of school districts where White parents are screaming that they don’t want their children to be taught CRT. What are these White parents and voters so afraid of?
Videos of White voters and pundits of all colors attacking CRT while simultaneously being unable to explain what it is offer us potent clues to what’s happening in America right now. Attacks on CRT, through legislation, threats and falsehoods, represent a modern-day extension of White backlash against any and all hopes of racial justice in America. This backlash now, just as during Reconstruction and the civil rights era, is marked by legislative efforts to roll back perceived gains by African Americans.
“CRT” is now fixed firmly in the tortured and impactful history of racial code words in American politics. Richard Nixon’s “southern strategy” turned the Republican Party from a regional power into a national juggernaut through the use of language—”law and order”—understood by White voters as a pragmatic and political recognition of Black criminality.
Ronald Reagan’s use of the term “welfare queen” while running for the Republican presidential nomination in 1976 coded welfare with Black women, something Daniel Patrick Moynihan’s myth of the Black “matriarch” had already laid the groundwork for over a decade earlier.
Lee Atwater’s Willie Horton campaign turned the 1988 presidential race into a referendum on race and crime, with suitably positive results for George H.W. Bush at the expense of the country’s moral compass.
Democrats have capitalized on racial coding too, with Bill Clinton’s crime and welfare policies engineered to attracted White suburban votes through punitive policies that punished already vulnerable community with jail and the absence of a safety net. Donald Trump’s messaging lacked all subtlety but proved effective, turning the politics of racial cruelty into state-of-the-art brutalist theater.
This is not going to be fixed in one election or by the next election cycle. More troublesome than the false rhetoric opposing CRT is the way in which its effectiveness has become a Trojan horse to continue the erosion of democracy. Many of the same folks attacking CRT also support voter suppression legislation, gerrymandering and law and order rhetoric—the exact policies that have gotten the nation into this current mess.
The Democrats have an identity problem, with moderates and progressive unable and at times unwilling to forge common ground and, in the process, ceding much of our democracy to a Republican Party that has already proven itself, based on the GOP response to the January 6 insurrection, unfit for such responsibility.
The larger problem, however, is the willingness of White voters to embrace coded racial language that is being used, once again, to foment manufactured divisions that divert the nation’s and the media’s attention from confronting the real challenges of racial and economic inequality. These are the existential crises that Americans must face.