While former President Donald Trump and his backers continue their dangerous maneuvers in an effort to retake power, Democrats in Congress are battling over the size of President Joe Biden’s signature campaign promise, a major infrastructure plan, and somehow fighting like it’s 1999.
It’s not. This is 2021, the year after Trump tried to overturn a legitimate election and upend American democracy. This is 2021, the year in which Trump and his increasingly committed allies are making progress in their strategy to overcome, with an eye on future elections, the obstacles that prevented their coup from succeeding.
This is a time like no other. But Democrats in Congress seem to be blind to what’s at stake.
Instead of working together to ensure Biden has a successful presidency, something that is crucial not just for the United States but for the rest of the world — more on that in a moment — they are entrenching themselves in their positions, thus far refusing to budge over their differences.
Progressive Democrats say they will oppose a $1 trillion bipartisan bill unless a larger $3.5 trillion package is approved. They view the much greater one as a unique opportunity to bring transformative change with a universal Pre-K program, child care provisions, expanding Medicare’s coverage, among other investments. Moderates say the larger spending package is just too rich.
In the meantime, with Republicans trying to block Democrats, whatever the cost, the country is at risk of not approving an increase in the debt ceiling, which would cause a default by the government, with potentially disastrous economic consequences.
Adding to the dysfunctional spectacle, the government is facing a deadline to fund its operations. Without action, another bizarre, unnecessary government shutdown could come within a week unless Congress approves a new budget. But it’s not just the Republicans getting in the way. 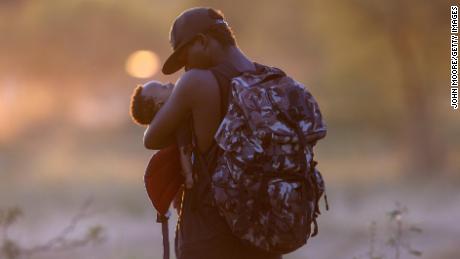 With the Democrats’ minuscule majorities in Congress, any small group of Democratic lawmakers can derail the legislation, since Republican support is all but out of the question on the big spending bill. Instead of building defenses against the threat to the republic, these elected officials seem drunk on their own power, flexing their muscle instead of doing what it takes to compromise.
Perhaps Americans have grown used to the idea that the country survived a coup attempt. The evidence of that is more overwhelming by the day. Recent revelations include a detailed memo written by one of Trump’s lawyers, outlining a detailed six-step plan for making Trump president after he lost the election, throwing out the votes of millions of Americans so that the man they elected, Biden, would not be able to assume the presidency.
Steve Bannon, the former White House chief strategist who helped Trump become president in 2016, just admitted that he had been in touch with Trump after the election and, on December 30, roughly a week before that horrifying attack on the US Capitol, he told Trump, “Kill the Biden presidency in the crib,” as journalists Bob Woodward and Robert Costa recount in their book “Peril.”
The alarm that united Democrats during the Trump years has apparently dissipated. The euphoria that greeted Biden’s victory has been replaced by politics as usual.
During a different, less perilous time, that might be acceptable. But not now.
Republicans, ever more compliant to Trump’s wishes, are positioning themselves to capture the Congress in 2022 and the White House in 2024. And, by all indications, some are planning to do it by any means necessary, including stealing elections.
Their project is so far advanced that, if Trump’s effort to steal the 2020 election were occurring today, it might have a chance to succeed, given the new restrictive voter laws being passed by Republican-controlled state legislatures across the country. By 2024, unless Democrats can produce an even larger, tamper-proof majority, Trump and his anti-democratic followers could very well succeed where they failed the last time. 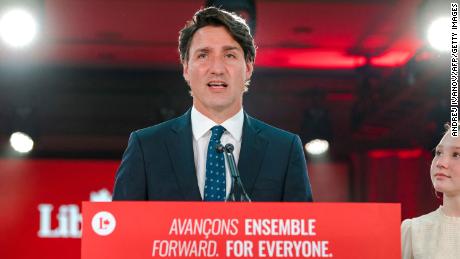 Instead of standing up and telling the truth, that Trump lost, prominent GOP figures are too cowardly to speak up and either dodge the issue or repeat the Big Lie. Most Republican voters have now been brainwashed into believing Trump won.
Think about the damage: nearly 8 in 10 Republicans think Trump won the 2020 election. The former president’s marketing talents, backed by the efforts of Fox News and other right-wing media, ignored or backed by GOP officials, have conspired to undercut the credibility of American democracy.
Now Trump is tightening his grip on a party that was once respectable and has now turned it into a cult of personality where not even an overwhelmingly, categorically proven truth, like who won the election, can survive.
As he tries to lay a path to the presidency in 2024 even if he loses the popular vote for the third time, Trump is endorsing Republicans who promote his stolen election lie and an assortment of election conspiracy theorists, hoping they will become secretaries of state and attorneys general at the state level, and members of Congress, helping him overturn any inconvenient losses in the future.
To stamp out this unprecedented, systematic effort to destroy American democracy for the sake of one man, Democrats need to help Biden have a successful presidency. That means sacrificing some of their personal political preferences for the sake of pushing forward important legislation.
That’s true even for those who think Biden should have done some things differently. In fact, supporters of democracy everywhere — even outside the United States — should be hoping he succeeds.
Biden has explained, persuasively, that the world stands at an inflection point. This is more than a battle between Democrats and Republicans. It’s more than a battle about the future of this country. The entire world is in the midst of an epochal competition between democracy and autocracy, and democracy is losing ground. What happens in the United States is a key test for democracy as a system, a crucial opportunity to show democracy can, in fact, deliver for the people.
At a time when autocracy is gaining ground across the globe, when repressive dictators are trying to make the case that autocracy is superior to democracy, it’s essential for the US president to deliver. It’s imperative that Democrats in Congress take a moment from their internal differences to consider the looming threat. Remember how the world looked before January 20. The danger has not gone away.