Now Trump is doing it again. And you almost feel sorry for the Georgia GOP.
According to the Washington Post, Trump successfully pressured one of the GOP senators defeated in 2020, David Perdue, to challenge an incumbent fellow Republican, Gov. Brian Kemp, for the nomination in next year’s election. No Republican governor has ever lost reelection since Georgia began allowing governors to run for consecutive terms. That could now potentially change.
Trump is doing a huge favor for Stacey Abrams, the Democrat who Kemp beat by a razor-thin margin in 2018. Between now and the primary in May, Democrats will make their case to voters, while Republicans will likely spend millions attacking one another.
If you’re wondering why Trump would do that, the answer is easy: He’s angry at Kemp for refusing to support Trump’s corrosive claim that the 2020 election was stolen, and for certifying the Georgia election results.
On most issues, Perdue and Kemp are almost identical. But Trump’s personal vendetta is apparently enough to justify threatening the party’s hold on the governor’s mansion anyway.
Perdue and Kemp are deeply conservative southern Republicans. If Trump didn’t resent him so much, Kemp might rank among the Trumpiest of Republicans. He ran a campaign ad in 2016 in which he aims a rifle at one of his daughter’s suitors, who then emphasizes the importance of the Second Amendment. On immigration, Kemp said in an ad he has a big truck, in case he needs to round up “criminal illegals.” He even sued the Atlanta mayor to stop the pandemic mask mandate, and he has been at the forefront of Georgia’s new laws making it harder to vote.
But Kemp has a shred of integrity in the one area that is intolerable to some in the GOP — the 2020 election.
Perdue says he would have refused to sign the certification of Georgia’s election results, results that were checked and double-checked and triple checked — results that Trump allegedly urged Georgia’s secretary of state to change, leading to an ongoing criminal probe into the former president. (Trump maintains he did nothing wrong.) 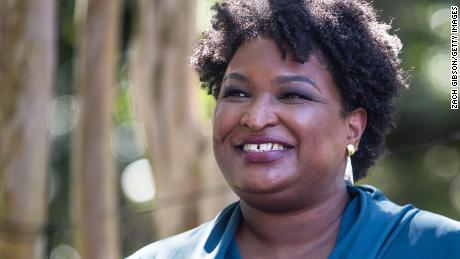 Perdue, who is dividing the Georgia GOP, claims Kemp has divided the party. And he argues that he’d fare better against Abrams than Kemp would.
But one week after entering the race, Perdue should be embarrassed by the reactions to his candidacy. These responses should also worry the former president, because if Perdue loses, Trump could see the myth of his omnipotence in the party fizzle like a balloon in a canceled election victory party.
In Georgia and around the country, countless prominent Republicans have either shaken their heads and bit their tongues about his candidacy, or they have openly ridiculed it.
Like several other Republicans running in the state, Herschel Walker, the football star recruited by Trump to run against Sen. Raphael Warnock, will not comment on Perdue. His spokesperson said he is apparently too “laser-focused” on his own campaign. Same for Rep. Jody Hice, running to unseat Secretary of State Brad Raffensperger, another Republican greatly disliked by Trump.
The far-right activist Steve Bannon called Perdue “the last person in the world” who should take on Kemp. The conservative radio host Erick Erickson tweeted, “David Perdue was unable to beat the spectacularly unaccomplished Jon Ossoff,” referring to now-Sen. Ossoff. “Why does he think he can beat Stacey Abrams?”
Ossoff beat Perdue partly because Trump went on a rampage in Georgia after losing in November. Perdue needed votes for the Jan. 5 runoff, but Trump’s antics, fulminating against Republican election officials and the trustworthiness of the system, discouraged voting. At one rally, Trump backers explicitly told Republicans not to support the GOP candidates. “They have not earned your vote,” then-Trump attorney Lin Wood said, claiming the candidates should do more to concoct a victory for the defeated Trump.
But Perdue’s loss was not all on Trump, and that should worry Perdue’s supporters — whoever they are.
In an iconic moment in the first Perdue-Ossoff debate — there was no second debate, because Perdue pulled out after his appalling performance in the first one — the Democrat all but destroyed Perdue with accusations of corruption and cruelty.
Perdue had opposed several of the coronavirus stimulus check measures. Ossoff seized on the pattern: “It’s not just that you’re a crook, Senator,” he said, as Perdue tried to look impassive. “It’s that you’re attacking the health of the people you represent…[while] looking after your own assets and your own portfolio.” (Perdue’s spokesperson denied the then-Senator had engaged in any illicit activity, stating, “For the past five years, the senator has fully complied with federal law and all Senate ethics requirements.”)
Whoever wins the primary is sure to emerge battered. Abrams, meanwhile, will likely coast to her nomination.
But before Democrats start celebrating their good luck, there’s one other factor to consider. Trump’s relentless work to protect himself from losing again if he runs in 2024 is already changing voting rules in multiple states. Georgia elections last month brought a huge spike in rejections of absentee ballots. If the race is close, the rules making it harder to vote could tip the outcome.
Still, the biggest risk to Abrams is that the ferocious determination of Democrats to defeat Trump and to turn Congress blue in 2020 will be absent in 2022. That could hurt turnout among Democrats. But this Republican battle may provide some relief to Abrams’ campaign.
In the end, it may be Trump himself who has the most to lose in Georgia. If Perdue loses the nomination, it will be Trump’s loss. If he wins the primary and goes on to face Abrams, the contest will become one that is clearly about how much power Trump has at the ballot box.
In the 2020 election, with Trump’s bull-in-china-shop maneuvers, Republicans lost the presidency and Georgia’s Senate seats. This time, they could lose the governorship.
Another loss in 2022 would make it clear just how much damage Trump is doing to the party at the polls. Would that be enough to open the eyes of the GOP faithful to the long-term harm he’s doing to the party? That, like so much else about what lies ahead for Trump, the Republican Party and American democracy, remains an open question.