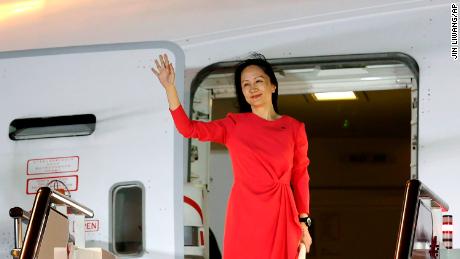 Share
Tweet
Share
Share
Email
Comments
For years, China watchers have warned of Beijing’s increasing use of “hostage diplomacy,” and last month, it was on full display. Two Canadians in China, Michael Kovrig and Michael Spavor, were detained by Chinese authorities in 2018, shortly after Canada arrested Huawei CFO Meng Wanzhou at America’s behest over alleged violations of US sanctions. As soon as Meng was returned to China in late September, Kovrig and Spavor were released.
The Chinese government insisted for years their seizure of the Canadians was unrelated to Meng’s detention. So how is it they were released only hours after Meng’s plea deal was executed?

Make no mistake: just like their North Korean clients, the Chinese government took hostages to force a favorable political outcome. They have been rewarded for their behavior, and history shows it will only continue. A warning to anyone else traveling to China: You could easily be next.
For any one tourist traveling to China, the risk of being detained is low, statistically. Before the pandemic, nearly three million Americans traveled to China in a given year. Those detained have had business or institutional links there. For instance, Michael Kovrig, released at the resolution of the Meng case, advises an international-conflict nonprofit on the northeast Asia region.
But given the arbitrariness of China’s behavior, it would be unwise to simply ignore the risk.
China, of course, denies it is detaining foreigners for geopolitical gain. A Foreign Ministry spokeswoman recently said accusations of “hostage diplomacy” are mere “disinformation” and the US, not China, practices diplomatic coercion.
A few examples may convince you otherwise.
Last fall, according to The Wall Street Journal, Chinese officials warned US authorities they might detain US citizens in response to Department of Justice actions against Chinese military-affiliated scientists accused of pilfering US research from American universities. We should not take that warning lightly, because China has done this before.
In June 2014, US and Canadian officials nabbed a Chinese aerospace entrepreneur for his role in stealing sensitive US military secrets, including information on the F-35 fighter-jet program. While he was awaiting extradition to the United States, the Chinese retaliated against innocent civilians: Two months later, Chinese officials snatched a Canadian couple, Kevin and Julia Garratt, from the northeastern city of Dandong, where they had worked to provide aid to orphanages and the disabled.

They were charged without evidence of being spies. Julia was released after six months, but Kevin suffered in detention for more than two years. They were only released after the Chinese spy waived extradition, traveled freely to the US, and pleaded guilty to his charges.
Does this sound familiar? It’s the same playbook Beijing just used.
Americans have been targeted, too. In 2018, US citizen Han Tong was thrown in jail, where she has languished for the past three years while her two American children—Victor and Cynthia Liu—who joined their mother on a family visit, had been prevented from leaving China until last Monday, seemingly in order to pressure Han’s husband to return to China to face business-related charges.
The cruelty of this conduct cannot be understated. The Chinese government knowingly jails and prosecutes innocent foreign citizens for tangential political purposes.
China refuses to reform its legal system to modern international standards or to allow an independent judiciary. The message from Beijing to foreigners is clear: The law and its supposed protections for the innocent are disposable the moment it becomes advantageous to discard them. In the US, our rule of law system protects the American people from our government. The Chinese system protects the ruling Chinese Communist Party (CCP) from the Chinese people, and from the ordinary course of geopolitics, too.
Fortunately, we have tools at our disposal to respond.
First, we can deploy sanctions on Chinese individuals, officials, and judges responsible for any future hostage-taking of US citizens using the recently passed Robert Levinson Hostage Recovery and Hostage-Taking Accountability Act. The law should also be broadened to allow the US government to target officials who seize our allies’ citizens. With such a change, the US could have punished China for targeting Canadians. 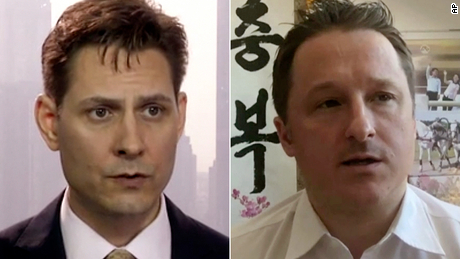 Second, the West can further discourage travel to China, especially from business executives and others who are at the greatest risk.
Currently, travel to China is listed by the State Department as a Level 3 risk, due in part to China’s “arbitrary enforcement of local laws.” The US government should consider raising the warning to Level 4, in line with countries like Iran and North Korea, which routinely take Americans and others hostage.
Finally, the international business community, which is disproportionately targeted by China’s hostage-taking (as well as China’s theft of intellectual property), should find its voice. Companies should consider reducing corporate travel to China. This would clearly tell Beijing its hostage-taking tactics have consequences.
Today, Meng is being quoted in Chinese media about the “torment” she supposedly endured, wearing an ankle monitor while living comfortably in either of her two mansions as she awaited extradition. We have yet to hear from the Michaels about the treatment they endured at the hands of the Chinese government. If and when they finally do speak, Western travelers to China should listen closely: Those who visit China might suffer a similar fate.