At Trump’s past post-presidency events, you wouldn’t find the state’s leading GOP officials attending en masse. In fact, at a rally in Georgia last month, Trump railed against the state’s Republican leaders for refusing to assist him in illegally overturning the 2020 election. Trump even told the crowd he’d prefer potential Democratic challenger Stacey Abrams as governor over his fellow Republican who’s currently in office, Georgia Gov. Brian Kemp.
Saturday’s rally in Iowa, though, was different. This one was attended by longtime Iowa US Sen. Chuck Grassley, Iowa Gov. Kim Reynolds, Iowa Reps. Mariannette Miller-Meeks and Ashley Hinson, and other mainstream Republican officials. Some of these very same people, who just nine months ago were slamming Trump for his role in the Capitol riots, were now only too happy to be seen supporting him. This is politics at its worst — and at its most dangerous for our democracy. 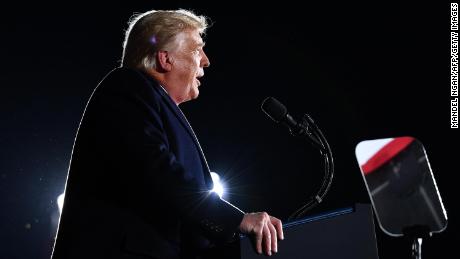 The most hypocritical of the bunch is Sen. Grassley, who on January 6 was escorted by his security detail to a secure location to protect him from the pro-Trump mob that had laid siege on the Capitol. Grassley, who voted to certify the 2020 election, made a veiled reference to Trump in his statement, noting that the lawsuits filed after the election had failed and that “politicians in Washington should not second guess the courts once they have ruled.”
In February, however, after Trump’s impeachment trial for allegedly inciting the January 6 insurrection (allegations which Trump has denied), Grassley was even more direct with his criticism. He said in a statement that “President Trump continued to argue that the election had been stolen even though the courts didn’t back up his claims,” and “belittled and harassed elected officials across the country to get his way.” Grassley added that Trump “encouraged his own, loyal vice president, Mike Pence, to take extraordinary and unconstitutional actions during the Electoral College count.”
Grassley continued bluntly: “There’s no doubt in my mind that President Trump’s language was extreme, aggressive, and irresponsible,” sharing his view that all involved in the attack — including Trump — “must take responsibility for their destructive actions that day.” 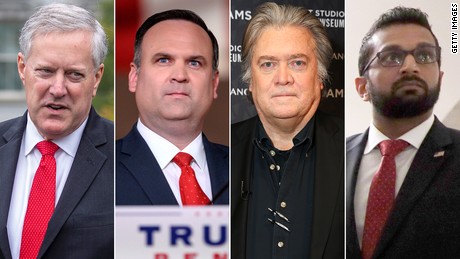 Flash forward to Saturday, and there was Grassley beaming as Trump offered a “complete and total endorsement for re-election” for the 88-year-old Senator. Grassley responded, “If I didn’t accept the endorsement of a person that’s got 91 percent of the Republican voters in Iowa, I wouldn’t be too smart.”
To Grassley, it was “smart” to accept the endorsement of the man who spent Saturday’s rally spouting the same falsehoods that led to the January 6 violence that caused Grassley to hide in fear. Trump’s litany of dangerous election lies at his Iowa rally ranged from irresponsible claims he won Wisconsin “by a lot” in 2020, to lying that the results of the recently released Arizona audit support his false claim that he had actually won that state. He even declared that, “First of all, [Biden] didn’t get elected, OK?” The crowd responded to Trump’s buffet of lies by chanting, “Trump won! Trump won!” 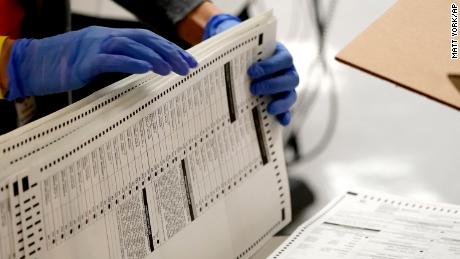 But Grassley wasn’t alone in his duplicity. Also attending the rally was GOP Rep. Ashley Hinson, who had released a statement on January 13 about the Capitol attack, saying, “I believe the President bears responsibility, and that is why I urged him personally to call off those who were violently storming the Capitol last week.” Hinson added, “I wish he had spoken up sooner, but he did not.”
Yet her view of Trump’s role in the January 6 act of domestic terrorism, as the FBI has classified it, did not stop Hinson from attending Saturday’s rally. Nor did the fact that, just days earlier, the Senate had released a 400-page report titled “Subverting Justice,” about Trump’s efforts to utilize the Department of Justice to help him illegally overturn the 2020 election. In fact, none of Iowa’s elected GOP officials who attended the rally appeared to be concerned that Trump had asked the Justice Department nine times to undermine the election results in what appears to some to be an attempted coup.
You don’t need to be a historian to recognize the danger in a political party showing blind loyalty to one person. These GOP elected officials just several months ago rightly criticized Trump and his role in the false election claims that led to the January 6 attack. With their presence at his rally this weekend, it seems they’ve now changed their tune.
Perhaps they now agree with Trump’s lies. But it’s more likely their flip-flop comes from recent polls showing that 91% of Republicans in Iowa view Trump favorably. That, and not wanting to face the wrath of Trump, like Georgia Gov. Kemp, Wyoming Rep. Liz Cheney and other Republicans who have dared to speak truthfully about the election.
But who knows what Trump whim will be the next litmus test for remaining in his good graces? When even Grassley, Iowa’s longest-serving US senator, thinks it’s “smart” politics to no longer criticize Trump for his un-American attack on our democracy and instead praise him in a pursuit of an eighth term in the Senate, it’s clear that the party is no longer defined by policy ideas but by absolute loyalty to Trump and his influence. To put it bluntly, today’s GOP is how democracies die.