In a 5-4 decision, the court struck down the law’s preclearance formula requiring states and localities to obtain approval from the federal government before they changed their voting laws — a provision that protected minority voters. But Chief Justice John Roberts argued that there was no longer a need for it by saying “our country has changed” for the better.
The late Supreme Court Justice Ruth Bader Ginsburg wrote a stinging dissent, arguing that throwing “out preclearance when it has worked and is continuing to work to stop discriminatory changes is like throwing away your umbrella in a rainstorm because you are not getting wet.”
RBG was right. She understood that the history of our democracy revealed the fragility of our commitment to protecting voting rights. There have been frequent rainstorms threatening the vote and we need strong legislation backed by the courts to protect marginalized groups.
Since the Supreme Court gutted the Voting Rights Act, the results have been disastrous. In 2014, a flurry of voting rights restrictions were enacted in 15 states, many of them Republican strongholds. They limited same-day registration and early voting, instilled cumbersome photo identification requirements and more.

When Donald Trump became President, he inflamed the situation by making spurious allegations about massive voting fraud, baselessly claiming he lost the popular vote because “millions of people” voted illegally for Democratic nominee Hillary Clinton. Despite the fact that nonpartisan studies have concluded voter fraud is extremely rare, Trump continued to use the bully pulpit to advance the idea that it was widespread. This ultimately culminated in the “Big Lie,” Trump’s relentlessly repeated falsehood about the 2020 election being “stolen,” which fueled an insurrection of his supporters, who laid siege to the US Capitol on January 6 and set the rhetorical foundation for new voting restrictions that are currently being adopted and introduced in states across the country.
Building on Trump’s rhetoric, red-state politicians are often presenting these measures as efforts to protect the integrity of elections — rather than to suppress votes. When Republican Governor Ron DeSantis signed Florida’s new voting restriction bill on Thursday during an exclusive broadcast on Fox News, for example, he declared: “Right now, I have what we think is the strongest election integrity measures in the country.” But the effect of this legislation is to make voting more difficult, and the claims of massive fraud are unfounded.
Republicans seem to believe this will improve their odds at the ballot box after the 2020 election, which put Joe Biden in the White House and saw historic turnout fueled in part by states that made it easier to vote during the pandemic. In addition to Florida, Georgia also passed a voter restriction law last month.
The Lone Star State will soon do the same. The Texas House passed a bill Friday that prevents, among other things, election officials from sending unsolicited applications to vote by mail. The upper chamber passed a more stringent version of the bill and now the details must be worked out in conference committee.
Restrictive measures in other states are under consideration. Republicans in Ohio, for example, are proposing a bill that would prohibit ballot drop boxes and limit early voting. 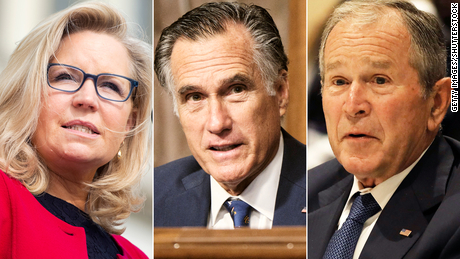 None of this should come as a surprise. The reason we needed the Voting Rights Act in the first place was because this nation has done such a poor job protecting the most essential part of the democratic process. Women did not have the right to vote until the 19th amendment was ratified. African Americans couldn’t vote until Reconstruction, and the Jim Crow era that followed imposed draconian literacy tests and poll taxes, along with outright intimidation, to prevent them from casting ballots. As the historian Alex Keyssar argued in his book “The Right to Vote,” the history of suffrage has not been a steady evolution toward greater inclusion but a fierce battle with ebbs and flows.
Some voting rights advocates are optimistic that pressure from the business community will successfully push back against these restrictions. In Texas, a group of major companies, including HP, Microsoft, Patagonia and Sodexo, have joined forces under Fair Elections Texas and signed a letter saying they oppose voter restrictions. But stated opposition doesn’t always translate to action, and businesses can’t always be counted on in the long-term to make the right decision about basic political and moral rights. Historically, businesses have responded to civil rights pressure only when activists and consumers hold their feet to the fire. For the most part, their main concern is the bottom line.
What we need is strong legislation that ensures that every American can participate in our democratic process without unnecessary obstacles. The For the People Act, which would require automatic voter registration, reduce the influence of private money in campaigns and limit partisan gerrymandering, is one potential opportunity to push back against the state-level voter restrictions.
RGB was right. It’s time for Congress to put back the umbrella. Our democracy is soaking wet.