Share
Tweet
Share
Share
Email
Comments
With his vocal stance against Covid-19 restrictions, Paul’s support of the cause isn’t surprising. But his sudden encouragement of civil disobedience is hypocritical politics at its best as he apparently roots for a protest that could cause higher inflation, harming his political opponents alongside everyday Americans.

This is the same Republican senator who has criticized Black Lives Matter activists, including after they disrupted a 2015 Bernie Sanders rally. In August 2020, when a group of BLM protesters yelled at Paul to acknowledge the Louisville police killing of Breonna Taylor, Paul responded by calling the activists an “angry … crazed mob.”
But if truck drivers and others were to descend upon American cities and disrupt daily life in protest of Covid-related mandates? Paul is “all for it.”
“Civil disobedience is a time-honored tradition in our country, from slavery to civil rights, to you name it,” he told The Daily Signal when asked about the protests known as the “Freedom Convoy,” which began with Canadian truck drivers fighting a mandate to be fully vaccinated. “Peaceful protest, clog things up, make people think about the mandates.”
Again, when it was about 2020’s BLM protests, which were overwhelmingly peaceful, Paul had a different reaction. But he is right about one thing: Civil disobedience is “a time-honored tradition in our country.” All Americans have the right to peacefully protest over any issue, whether it’s for racial justice or against vaccine mandates. 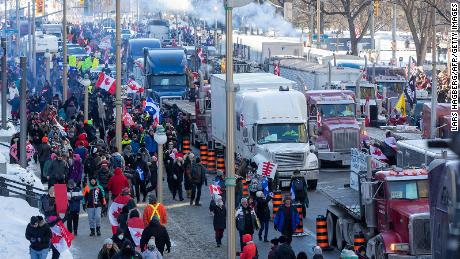 If American truckers — who I wrote about early in the pandemic as being America’s “unsung heroes” for risking their own health to deliver our necessities — have grievances, they should of course protest, even if that means minor, temporary road closures. But the hope is they don’t allow themselves to be used by Paul and other Republicans who are apparently comfortable with hurting America’s economy if it could help their political fortunes.
Paul surely must be aware these protests could have an economic ripple effect by clogging up vital supply chains. Just look at the impact the “Freedom Convoy” has had so far as protests have blocked the Ambassador Bridge that links Detroit, Michigan and Windsor, Ontario — a key, lucrative trade route between the US and Canada. As Windsor Mayor Drew Dilkens told CNN’s Kate Bolduan earlier this week, the bridge closing impacted “8,000 to 10,000 trucks a day … In terms of dollars and cents, we’re talking about $400 million per day that crosses at this location.”
Michigan’s Democratic Gov. Gretchen Whitmer echoed that sentiment, explaining that the closure has negatively impacted Michigan’s economy, including the automotive, agriculture and manufacturing sectors.
The pain to American workers and business has also extended far beyond the immediate area, with factories as far away as Toyota plants in West Virginia, Kentucky and Alabama and a Ford plant producing pickups in Avon Lake, Ohio, all being forced to temporarily halt or reduce their operations because goods that typically cross the Ambassador Bridge couldn’t come through. By Sunday, Canadian police began to arrest protesters to bring an end to what Dilkens called a “national economic crisis.” 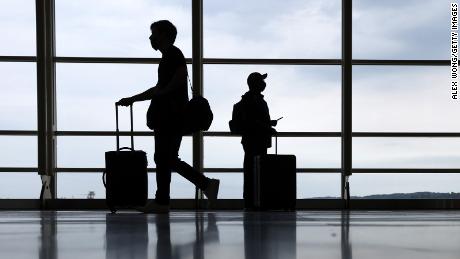 “A lot of manufacturing, a lot of goods, depend on the bridge,” Stephanie Brinley, principal analyst with IHS Markit, told CNN about the protests. “Our supply chain is pretty fragile right now. We don’t need another kink in the works.”
Paul, who is a doctor, certainly must understand that. The large truck protests that Paul is more than happy to see in the US would likely lead to mass disruptions of the supply chain, causing not just more empty shelves but also more inflation, which is already running at a near 40-year high.
When Paul slammed Black Lives Matter activists in 2015 for taking over the Sanders rally in Seattle, Paul said, “You know things cost money, and they need to learn that things cost money.” It’s a phrase he could easily throw at the protesters participating in the “Freedom Convoy.” But he hasn’t, and the reason why is simple: Paul supports the truckers’ cause and sees a benefit for himself.
He isn’t alone. On Saturday, GOP Rep. Lance Gooden of Texas declared on Fox News that he too would “absolutely welcome” truck protests in the United States, even though anchor Anita Vogel noted such protests could lead “to the supply chain issues which affect inflation.”
Gooden — who just moments before was hammering President Biden for failing to “reign in spending and get the prices down” — ignored the anchor’s point and instead declared, “I would absolutely welcome a similar pronouncement of protest in our nation’s capital by truckers and anyone who wants their freedoms back.”
I don’t believe Paul, Gooden and any other Republican welcoming truck protests are doing so only because they believe in the right to peaceful protest. They know such a protest will disrupt supply chains, and understand already high inflation rates are taking a toll on Biden’s poll numbers. But these Republicans seem not to care how many American families suffer as they hope to score political points.
The American public, and especially our truckers, deserve better than that.