Of course, to Flynn, that one religion is Christianity. (After all, 75% of White evangelicals voted for Trump in the 2020 election, according to exit polls.)
Flynn made these remarks in Texas on Saturday as part of the “ReAwaken America Tour,” a conservative conference that features other Trump supporters, like Roger Stone and the My Pillow CEO/election conspiracy peddler Mike Lindell. While speaking at the event, Flynn referenced a passage from the New Testament book of Matthew, saying, “You have to believe this, that God Almighty is, like, involved in this country, because this is it … This is the shining city on the hill.”
That’s when Flynn triggered a wave of backlash with his suggestion America should have one singular religion. “One nation under God, and one religion under God,” he said. “I don’t care what your ecumenical service is or what you are.”
Now imagine if a Muslim or Jewish American leader made the same comment that the United States should have one faith, and that it should be Islam or Judaism. The outrage from the right would be deafening. But with Flynn’s comments, there hasn’t been noticeable pushback from conservatives. In fact, it’s been the opposite. GOP Ohio Senate candidate Josh Mandel, who is Jewish, appears to see Flynn’s comments as being in step with his own “Judeo-Christian values”: “We Stand with General Flynn,” Mandel tweeted in response to the backlash. “America was not founded as a secular nation.” Politics does truly make strange bedfellows. 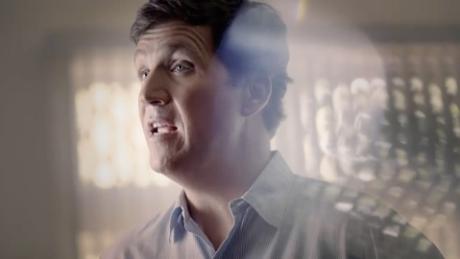 In contrast, Minnesota Rep. Ilhan Omar, who is Muslim American, tweeted in response to Flynn’s comments, “These people hate the US Constitution.” I don’t know if Flynn and those who support his mindset “hate” the Constitution, but I am certain that they either don’t believe in or don’t understand our Constitution and the freedom of religion guaranteed by the First Amendment.
This is the same Flynn who in 2016 repeatedly pushed debunked conspiracy theories that there was an effort to impose Islamic Sharia law on the rest of the country. “This Sharia law business, what’s happening right here in the state of Texas is unbelievable,” Flynn said at a San Antonio event that year hosted by ACT! for America, an anti-Muslim hate group per the Anti-Defamation League. At another 2016 speech in Texas, as CNN detailed, Flynn again falsely claimed there are Muslims who want to dominate America by imposing Islamic law: “I want people to understand that there are different laws that are not our laws that others try to impose,” he said.
As a Muslim, let me be clear that there aren’t any Muslims — then or now — trying to impose any of our religious beliefs onto the law of the United States. This was simply part of the right-wing demonization of Muslims because it played well with the GOP base. It’s the same reason why, during the 2016 presidential campaign, Trump lied on NBC saying Muslims “don’t want the laws that we have. They want Sharia law.” 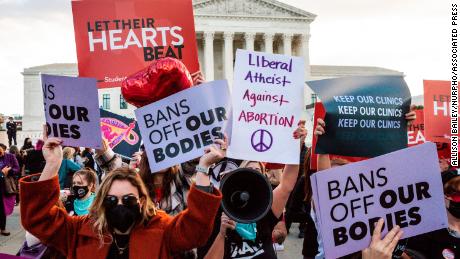 Beyond despicably demonizing other faiths, these examples show an idea of “freedom of religion” that ironically revolves around imposing one’s beliefs upon the rest of us. Several on the right have been showing us that for years. For example, when Mike Huckabee ran for president in 2008, he bluntly said the US Constitution should be amended “so it’s in God’s standard” — phrasing he later clarified after critics caught wind of the quote. And during his 2012 presidential run, Rick Santorum declared “our civil laws have to comport with a higher law: God’s law.” These Republicans were telling all who would listen that their goal was turning their religious beliefs into American law.
And we now have Republicans doing just that with their religion-based oppression of women’s reproductive rights. The most visible example is the Texas GOP’s anti-abortion law, which has garnered headlines for empowering private citizens to behave as vigilantes with the ability to sue anyone involved in securing an abortion beyond about six weeks of pregnancy. When Texas’ Republican Gov. Greg Abbott signed the legislation, he explained the rationale behind it as being faith-based: “Our creator endowed us with the right to life, and yet millions of children lose their right to life every year because of abortion,” he said. “In Texas, we work to save those lives and that’s exactly what the Texas Legislature did this session.”
That’s the same reasoning behind the Arkansas ban on nearly all abortions except to save the life of the mother. When the state’s GOP Gov. Asa Hutchinson signed it, he declared the law was predicated upon his “sincere and long-held pro-life convictions.” (As with the Texas law, Arkansas’ ban has faced legal challenges for its obvious violation of Roe v. Wade.)
These laws are based on the religious belief held by some that life begins at conception. Having the freedom to personally follow one’s faith is what our nation is predicated upon. Turning those religious beliefs into laws every American then must follow, however, is not. In fact, it’s un-American, given that our First Amendment states “Congress shall make no law respecting an establishment of religion.”
No one should be surprised by Flynn’s comments. He’s simply repeating what some in the GOP have long championed: The idea that “freedom of religion” is imposing their religious beliefs upon the rest of us. It’s no wonder, then, why many on Twitter reacted to Flynn’s comments with the phrase “American Taliban.”