According to news reports, largely based on reporting from the Associated Press, Noem created the appearance of having used her position to pressure a state regulator into giving her daughter a real-estate appraiser’s license. (Noem denies any wrondoing.) The state requires applicants to take certain courses, pass both an exam and a background check, submit examples of their work and demonstrate 1,000 or more hours of work experience.
After the South Dakota Appraiser Certification Program moved to deny the license application by Noem’s daughter, Kassidy Peters, the agency’s director, Sherry Bren, was summoned to the governor’s mansion to discuss (as Bren said she was told in a text from her supervisor) “certification procedures.”
There she encountered Noem, Peters, Noem’s former Chief of Staff Tony Venhuizen and Noem’s former legal counsel Tom Hart, as well as South Dakota Labor Secretary Marcia Hultman, Bren’s supervisor and director of Labor and Management Amber Mulder and senior staff attorney Graham Oey, according to Bren. Bren said Oey and Venhuizen attended via telephone.
In November, several months after the meeting and after completing additional licensing requirements, Kassidy Peters became certified, Dawn Dovre, the director of public affairs at the Department of Labor and Regulation, said in an email to CNN.
In December, Bren filed an age discrimination complaint. In March she left the agency, after the state paid her a $200,000 settlement, providing she withdrew her complaint. 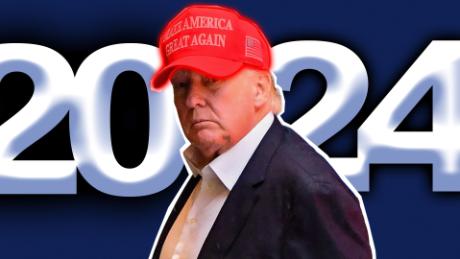 Noem denies asking for “special treatment,” for her daughter. She tweeted: “Here are the facts: I have heard for years how difficult it is to become an appraiser in South Dakota, making it harder for South Dakotans to purchase a home. I have been working for years to fix that process, and I signed legislation to that effect this past session.”
And while her office declined to answer detailed questions about the meeting, a spokesman for Noem said that “The Associated Press is disparaging the Governor’s daughter in order to attack the Governor politically — no wonder Americans’ trust in the media is at an all-time low.”
According to The Washington Post, “government ethics experts who reviewed the series of events at the AP’s request said Noem’s decision to include her daughter in the meeting created a conflict of interest regardless of what was discussed.” And after the AP report was published this week, the state attorney general’s office and a state senator said the matter would be reviewed.
Noem, like Trump, doesn’t seem much concerned about appearing to use her public office to give a relative an unfair advantage. (The former president, we all remember, gave his daughter and son-in-law high-level White House jobs.) Indeed, after the story broke, Noem used social media to blame the press and spin the story. It was a classic imitation of the Trump method, right down to the strange use of capitalization.
“Listen, I get it. I signed up for this job,” wrote Noem. “But now the media is trying to destroy my children. This story is just another example of the double standard that exists with the media… going after conservatives and their kids while ignoring Liberals #AskTheBigGuy”
It was awkward for the governor to play the outraged-mom card, since her “kid” is a 27-year-old woman with a child of her own. The move recalls Palin’s attacks on the press after she lost her bid to become vice president in 2008.
Noem has a lot in common with Palin, the former Alaska governor. Noem governs a red state with a tiny population. Both women cultivate the image of gun-toting Western “mama grizzlies,” as the cheeky Daily Mail website calls the political style. But while Palin was constrained by her association with a conventional running mate, John McCain, Noem has sought the national spotlight on her own, and she is following, in Trump, a powerful man who may determine her political future.
While he sticks by his much-disproven Big Lie — that he was cheated of a second term in the 2020 election — Trump has been telling allies he’s going to run again in 2024.
Since the Jan. 6 Capitol insurrection, Trump and his followers have abandoned the former Vice President, Mike Pence. Trump, according to a recent book by Bob Woodward and Robert Costa, warned Pence that if he didn’t overturn the election that day, “I don’t want to be your friend anymore.”
This leaves the running-mate slot wide open. Noem and lots of other state politicians seem to be trying to prove they are worthy.
In July, Politico revealed that Trump allies are already talking about who might join the ticket. Among those mentioned were former Secretary of State Mike Pompeo, former United Nations Ambassador Nikki Haley, Senators Ted Cruz and Tom Cotton and Gov. Ron DeSantis of Florida.
Given Trump’s flair for showmanship, a woman could be a likely pick. But unlike Haley, who said this year that Trump had no future in the GOP, Noem has not spoken ill of the former president. Instead, she has piled on the flattery — she gave him a replica of Mt. Rushmore with his face added — and followed his dangerous lead on managing the Covid-19 pandemic.
Rigidly opposed to mask mandates recommended by experts, Noem has talked as if she were managing to defeat the pandemic without taking much action, claiming in February that South Dakota, “got through it better than virtually any other state.” This wasn’t even remotely true, as South Dakota ended 2020 with the second highest rate of infection in the country.
In the latest rankings published by The New York Times, South Dakota has the seventh worst record on Covid-19, with 241 deaths per 100,000 citizens and only 52% percent of its eligible residents fully vaccinated. In two states with comparably small populations, Maine and Vermont, the data show a much different picture. Vermont’s death rate is just 51 per 100,000 and its vaccination rate is 69%. Maine has nearly the same record on vaccinations, 68% percent, and a death rate of 71 per 100,000.
Will Noem’s loose relationship with the facts bother Trump as he considers a veep choice?
Are you kidding?
I believe he would consider her willingness to stray from the facts a definite plus. The same would be true if the former president reflects on Noem’s little nepotism scandal. Sure, it’s being investigated by the state’s attorney general. But that only makes her an even more authentic Trumper.
I suspect that only the former president’s daughter Ivanka would be more qualified in Donald Trump’s eyes. And even he wouldn’t be defiant enough to pick her.