On Thursday, the House Communication Standards Commission released a formal complaint by Republican Rep. Buddy Carter of Georgia against Rep. Zoe Lofgren (D-California), who in March issued a report compiling the disturbing election-related social media posts of scores of Republicans.
Carter’s complaint came after House Republicans all but solicited complaints against Lofgren from their members.
It all fits neatly with the effort to push out the conservative Republican Rep. Liz Cheney from the Republican leadership for her refusal to endorse the Big Lie, and the continuing harassment of Republican critics of Trump, alongside the relentless repetition of Trump’s lie.
Reading Lofgren’s social media review, a reasonable person would conclude many of the officials’ posts helped contribute to inciting the events of January 6. Lofgren does not reach that conclusion explicitly, but she does suggest concluding that in her foreword. She lays out the evidence and recommends we consider the implications.
As she points out in the report, the US Constitution, in Section 3 of the 14th Amendment, prohibits anyone who has engaged in “insurrection or rebellion,” from serving in Congress. She doesn’t say they should be expelled, she simply cites the Constitution, and shows us what they said. The connection between their words — not to mention Trump’s — and the January 6 rebellion is left for us to ponder.
That, apparently, is far too many facts for today’s Republican Party.
The complaint against Lofgren has to be seen to be believed. Signed by Carter, it argues that by showing what members of Congress posted on social media, Lofgren violated rules of “decorum,” and “disparage” them, in violation of House communications rules. If the evidence seems like disparagement, it’s because the posts are appalling. They show the members incessantly telling their followers they had been robbed, that the election was stolen from them, and often saying they should respond with action. 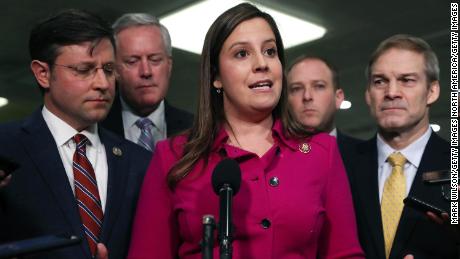 Carter accuses Lofgren of inappropriately speculating about the motivation behind the posts, but his own quotes of her words show this is a stretch. Lofgren expresses concerns, and questions whether members violated their oath of office. “Like former President Trump,” Lofgren wrote in the foreword, “any elected Member of Congress who aided and abetted the insurrection or incited the attack seriously threatened our democratic government. They would have betrayed their oath of office.”
In her response to the complaint, Lofgren dismembers the accusations, showing point by point how her report does not violate House communications rules. “To the contrary,” she asserts, “this Review is critical to our obligations.” Far from intimidated, Lofgren restates her argument that the evidence from her report “could be the basis for a decision to expel members,” based on the 14th Amendment’s Section 3.
Carter’s section takes up only 11 pages in Lofgren’s nearly 2,000-page report. But it provides an arc of what happened to the party. On November 9, Carter says Trump and his backers deserve “our day in court.” That was absolutely reasonable, but the rhetoric began changing as Trump promoted his lie.
As we know, they had many days in court. Dozens of court cases, recounts and other forms of scrutiny confirmed that Biden won. In fact, the government internet security agency formally concluded that “The November 3rd election was the most secure in American history.” The 2020 election is the most scrutinized, verified, litigated US election.
Every effort to support Trump’s claim that he won (by a landslide, he dares claim) has come up empty. But facts no longer matter. By the time the court cases were dismissed, Trump’s acolytes had moved beyond asking for a hearing. Republicans keep fanning the flames. How would you feel if you believed that the man you chose was robbed of victory? Judges have said, on the record, that the rhetoric of politicians can spur violence. 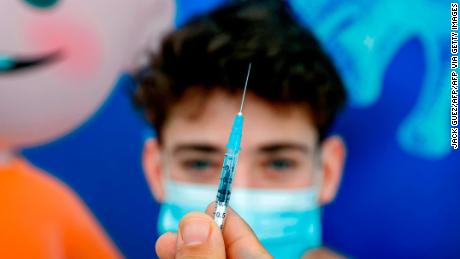 By December, Carter was asking people to “Chip in to stop the steal,” literally trying to cash in on Trump’s lie, a pattern that has helped fill the coffers of Trumpist politicians. (Ironically, Carter accused Lofgren of politicizing the report by showing the fundraising link he posted!)
On January 2, Rep. Pete Sessions reported he had met with the Stop the Steal group, “I encouraged them to keep fighting … look forward to doing MY duty on January 6th.” Rep. Marjorie Taylor Greene, who has backed QAnon, has nearly a hundred pages of social media posts in Lofgren’s review. When Trump announced in December that there would be a “wild” gathering in Washington on January 6, she posted, “I’m planning a little something on January 6th as well.”
Two days before the assault on the Capitol, Rep. Matt Gaetz warned, “Republicans will not leave democracy undefended on January 6th.”
In the end, even after Trump’s supporters stormed the Capitol, even after their calls to “Hang Mike Pence,” Congress did certify Biden’s victory. But dozens of Republican lawmakers voted against the certification. They voted to deny Americans their choice of president. Biden won the Electoral College 306 to 232; he won the popular vote by more than 7 million votes, and he had his victory confirmed in some 60 court cases. Still, 147 Republican lawmakers voted against his presidency. That alone sounds like an assault on US democracy.
Trump lost and Biden is president, but the campaign against his presidency, against American democracy is far from over. Trump has not relented. Just this week he issued another “proclamation,” about his phony victory. Republican leaders make the pilgrimage to the former guy’s pink retirement base in Florida to bend the knee, surrender their principles, and repeat his lie.
Trump rants about his imaginary victory to handfuls of Mar-a-Lago visitors in the evenings, and plots his revenge against the few remaining truth tellers in his party during the day.
Biden is president and Trump is not. But the contest over the November election, the battle over the truth about what Americans chose in last year’s election, is far from over. The events of the past few days — the push against Cheney, the review of Facebook’s ban on Trump, the complaint against Lofgren — all confirm that this chapter of America’s history has not been closed. How the chapter ends will go a long way in determining the future of the country.
It’s not a contest between liberals and conservatives, Democrats and Republicans; it’s one between plain truth and deliberate lies propagated by self-serving politicians at the expense of their country’s democracy.