The spread of the Delta variant has devastated parts of the United States, shattering hopes that the vaccine rollout would herald a swift economic recovery this summer. Many industries are still struggling to hire and retain workers, and it’s no surprise that economic confidence, as measured by Gallup, fell in September to levels not seen since early January.
To be sure, this is not another Great Depression. Nor is this a recession like the one former President Barack Obama inherited after the housing market collapsed. Earlier this year, Biden provided a much-needed stimulus with the American Rescue Plan, his biggest legislative achievement to date. And despite the slowdown this summer, many economists are expecting a post-Delta surge.
In the short-term, however, Democrats have reason to be concerned. Traditionally, bad or shaky economic conditions have played a role in poor midterm performances. In 1938, President Franklin Roosevelt’s Democratic Party suffered a major loss after the economy slid into what his opponents dubbed the “Roosevelt Recession.” In 1982, President Ronald Reagan experienced sobering midterm results when a shaky economy and rising unemployment helped drive up the size of the Democratic majority in the House. In 2010, the fragile state of the economic recovery after the Great Recession contributed to the Republican landslide that sent the Tea Party to Washington.
Covid-19 presents unique challenges to the economy due to its ability to bring industries like travel and hospitality to a sudden halt. The emergence of different variants and numerous waves of infection have also created uncertainty for business and employees. 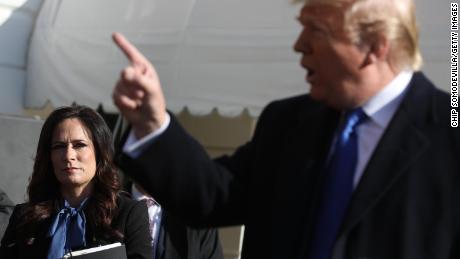 It’s difficult to tell exactly what is around the corner. What can Democrats do? For one, it’s important to govern successfully while Democrats control the executive and legislative branches. Both the infrastructure and reconciliation bills that are currently languishing in Congress could have a positive effect on the economy. Passing the bills — while avoiding a government shutdown and a federal debt default — would create jobs and inject federal money in places that desperately need it.
Many of the programs in the reconciliation bill are enormously popular. And when it comes to labor shortages, the bill includes child care benefits and paid family leave — policies that would make a significant difference in people’s lives, creating a stronger foundation to enter into and stay in the workforce.
The Biden administration can also help matters by continuing to take a proactive role in curbing the ongoing pandemic. The President, who spent many months waiting for Americans to get vaccinated while several Republican governors flouted public health guidance, is now taking a more aggressive stance when it comes to vaccine mandates.
More than three quarters of Americans over the age of 12 have now received at least one dose, and the Food and Drug Administration could authorize vaccines for younger children before the end of the year, allowing working parents and teachers to breathe a sigh of relief. 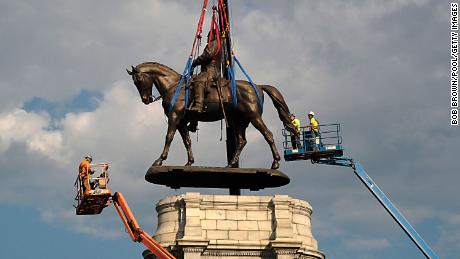 But many people are still leery about reentering parts of the workforce for fear of getting sick. Essential workers like doctors and nurses are getting burnt out by the onslaught of Covid-19 patients while those who have manufacturing, education, or service jobs are facing difficult working conditions without adequate support, pay or benefits. If we can’t control the pandemic, these problems will only get worse.
In the transportation industry, port shutdowns and travel restrictions have caused some workers to be stranded at sea for months. The US needs to work with other countries to improve international standards for Covid measures. Right now, workers face inconsistencies when it comes to vaccine and quarantine requirements across borders, making it incredibly difficult for the people we rely on for everyday goods. Without treating the pandemic as a global crisis, we will continue to undermine our ability to bring this terrible period to an end.
That also means the Biden administration must do everything it can to facilitate the global vaccine drive. Millions of people around the world are still eagerly awaiting their turn while many Americans have rejected the vaccines. Governments should also speed up the production and distribution of rapid testing kits while pushing to maintain preventative health policies like masks and social distancing.
The bad news for Democrats is that the strain on the global economy could become a major problem by the time the 2022 midterm elections roll around. If conditions disintegrate, this could be the opening Republicans need to retake control of both the House and Senate.
The good news is that the US is no longer in the economic freefall we saw at the start of the pandemic and there are strong signs that show we are on the road to recovery. These indicators, combined with the possibility that Democrats can come together to enact the infrastructure and reconciliation bills, show that nothing is inevitable at this point. Democrats are not only fighting for what they believe are the most urgent needs of the nation — they are also fighting for their own political lives. The next few days will give some indication of whether they will succeed.