A woman noted her sister had urged her to get the vaccine despite having contracted Covid in the past. “Don’t listen to your sister. If you’ve had (Covid-19) you have natural immunity,” Valentine responded. In June, he aired a parody of The Beatles song “Taxman” on his show that mocked the vaccine rollout with lines like: “Yeah, I’m the Vaxman…if you don’t like me coming round, be thankful I don’t hold you down.”
When Valentine was first hospitalized, his brother, Mark Valentine told CNN’s Alisyn Camerota that Phil, “recognizes now that him not getting the vaccination has probably caused a bunch of other people not to get vaccinated. And that he regrets.” At the time, Mark also wrote in a statement that, “Phil…regrets not being more vehemently ‘Pro-Vaccine,'” adding Phil “looks forward to being able to more vigorously advocate that position as soon as he is back on the air.”
Sadly, for the Valentine family, Phil won’t come back home. I sincerely was rooting for him to recover, as a fellow radio host and human being. I hoped that if Phil followed through on his promise to encourage his conservative listeners to get vaccinated, it could have saved countless lives. The question now, though, is: Will other conservative media outlets, from Fox News to local radio hosts, honor Valentine’s memory by finally stopping spewing misinformation about the vaccine?
Despite the surge in Covid-19 cases this summer caused by the Delta variant, some conservative media outlets have undermined the Covid-19 vaccines — by spreading misleading information and making wildly irresponsible false claims alleging sinister motives behind the vaccine campaign. 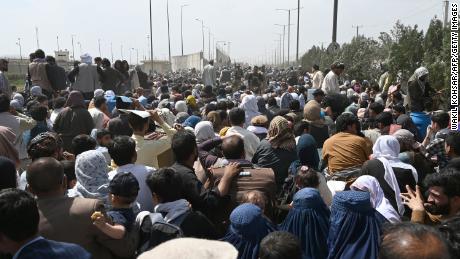 One of the worst and most visible offenders has been Fox News. A July 16 report released by Media Matters, a liberal media watchdog group, found that from June 28 through July 11, “Fox News aired 129 segments about coronavirus vaccines. Of those, 57% included claims that either undermined or downplayed immunization efforts.” Examples include Fox News hosts like Laura Ingraham touting “natural immunity” over the Covid vaccine to Jeanine Pirro irresponsibly declaring on her July 12 show that the goal of Biden administration’s door-to-door vaccine outreach was actually “about confiscating your gun.”
And while many in the media applauded Sean Hannity when on the July 19 installment of his Fox News show he told viewers to “take Covid seriously” and said he “believe[s] in the science of vaccination,” Media Matters’ new report released Friday documents how the TV host was soon back to spewing misleading information about the vaccine. For example, just this past Wednesday, Hannity wrongly declared on his show “The science shows the vaccine will not necessarily protect you,” adding, “it’s not protecting many people.”
But it’s far from just Fox News. Others in the conservative media ecosystem have also served up the same dangerous misinformation. Newsmax host Rob Schmitt, in early July, stated vaccines go “against nature” and some diseases are “supposed to wipe out a certain amount of people.” While Newsmax issued a statement in response that the “network strongly supports President Biden’s efforts to widely distribute the COVID vaccine,” other Newsmax hosts have since sought to undermine the vaccine, with one warning that Biden’s vaccine outreach was “socialist Democratic gestapo that could be going door-to-door in white coats to vaccinate people.”
It’s no surprise that a study by Annenberg Public Policy Center at the University of Pennsylvania last month found people who rely on conservative media outlets are much more likely to believe misinformation about the vaccines and have less confidence in health experts. It also helps explain why a recent Monmouth poll found that of the Americans who still refuse to get a vaccine, “70% either identify with or lean toward the Republican Party.”
In what world does misleading your listeners and viewers about a way to save their lives make sense — from either a moral or commercial point of view? As a radio host, I feel a very real sense of responsibility to be honest with listeners. That’s even more vitally important when it comes to their health and that of their families.
Covid related hospitalizations are surging across the United States, nearing the records set in January. As experts repeatedly tell us, it’s the unvaccinated population that’s most at risk to become severely ill or die from Covid. In fact, when Valentine was first hospitalized for Covid in Tennessee, 97% of hospitalized Covid patients in the state were unvaccinated.
The hope is that others in conservative media will now deliver the message Valentine is no longer able to share — “vigorously” advocating for the vaccines. That will not only honor Valentine’s memory — it will also potentially save the lives of countless numbers of their fans.