This puts Biden’s approval ratings for his first 112 days well over Trump’s, for example, who never crossed the 50% threshold in an AP-NORC poll. Why stunning? Biden’s approval numbers have been consistently high — even ticking up slightly — at the same time as his policy agenda has gotten increasingly progressive and ambitious. In March, AP-NORC polling already had his approval at 61%. It appears that his steady, competent leadership is paying off — even as he tacks left.
This is good news, and not just for the Biden administration. It’s also an indication that Americans still have the capacity to look beyond partisan ideology and assess whether a given leader’s decisions have improved their lives.
America has long been a partisan place, but the election of Donald Trump sent many of us into our own corners as we gathered up behind our respective teams. That isn’t necessarily a bad thing — for many of us, Trump was such an affront to our basic sense of human decency and our most fundamental values that a strong, collective reaction was merited: Politics isn’t just politics; politics is people’s lives, and our political choices reflect quite a bit about what kind of people we are and what kind of country we want to build.
But that partisan sorting, along with the unrelenting rise of conservative propaganda networks pretending to be news outlets, and the filtering of news on tech platforms that feed us an information diet of just what we want to hear, meant that folks on the left and the right were existing in two different information universes. That’s been bad for all of us, and bad for democracy.
Biden’s coronavirus response, though, has broken through. He may not be getting accolades on Fox News, but average Americans can look around and see that things are a lot better than they were just a few months ago. Vaccination rates have soared. Hospitalizations are way down.
More vaccinations, fewer hospitalizations and fewer serious coronavirus cases means that, as summer hits America, daily life is improving. Outdoor mask recommendations have been lifted. Restaurants and businesses are reopening. We can go for walks and jogs with less anxiety.
The US Centers for Disease Control and Prevention says vaccinated people can gather unmasked and indoors, which means that after a year of isolation, people can hug their parents, meet their grandbabies, go on first dates and celebrate birthdays with close friends.
No, Covid is not over, and the disease continues to ravage the globe. But for those of us lucky enough to live in the United States, Biden’s stable leadership and prioritization of both vaccinations and financial support has left Americans in much better shape than we were a year ago, when many of us were looking longingly at Europe’s generous social safety net and commonsense approach. How different things look now with Trump out of office.
What’s gratifying isn’t just that Biden is doing the right thing, with his American rescue plan and proposed rescue plans for jobs and families, all of which will in turn save lives and keep small businesses afloat. The real relief is in what these poll numbers tell us about the future.
They suggest that many Americans aren’t as far gone as the most cynical among us might imagine, and that it’s still possible for a president to handle a crisis well and see his efforts recognized, even from those on the other side of the political fence who are being fed a steady stream of outrage and misinformation.
It also suggests that, as much as Trump’s tenure offered a kind of reality TV entertainment quality for those who were safe from the reach of his worst policies, some number of Americans in the political center (or right of center) were in the end tired of the drama and are pleased to return to calm, competent, boring governance. Whether they’ll still feel that way in the future is an open question.
There’s little doubt that in the lead-up to the 2022 midterms, the Republican Party, which has been fully brought to heel by Trump and his media enablers, will begin a full-court press of revisionist history. And if Trump runs for president in 2024, he will surely try to erase the memory of his disastrous presidency and Biden’s rescue of a weary nation. 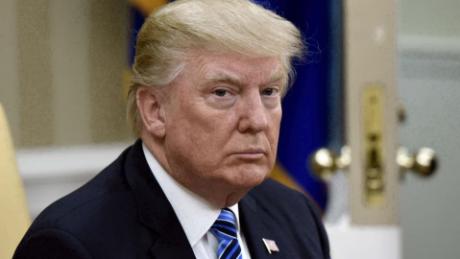 We know the former President simply adopts his own “alternative facts,” that right-wing media outlets regurgitate them and that his most loyal followers take them as gospel. The question is whether the Republican voters who are now enjoying a post-Trump reprieve will remember this feeling a few years from now. It’s a little like being stricken with the flu: When you’re horribly sick, you can’t believe you ever went a day not thanking God for good health, and as your fever breaks, you feel tremendous relief. Once you fully recover, it’s easy to forget what being sick really felt like.
The job of Democrats, in both the 2022 midterms and the 2024 general election, will be to remind the public of just how desperate and debilitated we really were.
For now, we have these poll numbers, which offer some hope that at least some Republicans have seen what happens when you turn politics into entertainment: While it may be fun for a while, it’s really bad when the carnival-barker-in-chief has to deal with a life-and-death emergency on behalf of the people he’s supposed to be governing.
In the meantime, the Republican Party is going in the opposite direction, publicly pushing Liz Cheney out of her House leadership position because, despite being quite conservative, she’s not a politician of Trumpian extremes — that is, she refuses to get behind the Big Lie that Trump, and not Biden, was the winner of the 2020 election.
It also turns out that the GOP has some arresting numbers of its own to consider: The party is losing voters at a startling rate; the Capitol riot seems to have been the breaking point for a lot of conservatives who feel the party has abandoned any semblance of principle.
According to an analysis of January voting records by The New York Times, “nearly 140,000 Republicans had quit the party in 25 states that had readily available data (19 states do not have registration by party).” The number for Democrats was 79,000. That’s just a snapshot, and the defections have not continued at the same rate since January. But changing one’s party registration is a significant step, and suggests that the GOP voters who made the effort to actively cut party ties are only the tip of a larger iceberg of dissatisfaction.
And indeed, given that the party didn’t even have a platform in the last election and simply pledged fealty to Trump, those erstwhile Republicans aren’t wrong that the party has become a cult of personality, not an organization representing any coherent set of ideals and ideas.
Meanwhile, Biden is staying behind the Oval Office desk, not making any big rhetorical waves but carefully guiding a progressive policy agenda aimed squarely at making people’s lives better as quickly and efficiently as possible.
First up was getting us through Covid, and most Americans recognize that he’s done a truly excellent job. Now, let’s just hope that in the next election, Americans remember how, yes, stunning the contrast between Trump and Biden feels in these first few months of 2021, and cast their ballots in favor of this kind of quiet competence.