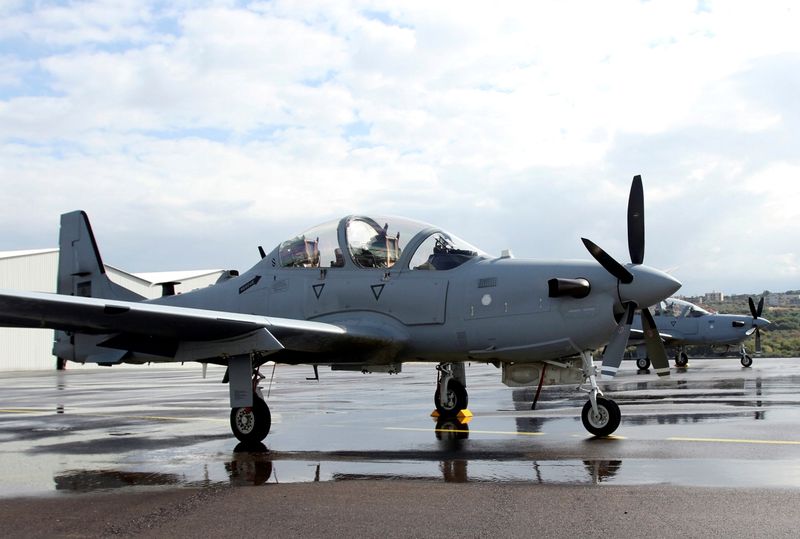 ABUJA (Reuters) – The Nigerian military said on Thursday a deadly air strike hit an Islamic State camp and that casualties could not be determined, after witnesses said the attack had killed dozens of civilians in the northeast, where the country is waging a 12-year war against jihadist insurgents.

Two Nigerian Air Force planes bombed and killed dozens of civilians, mostly fishermen, at a fish market in Daban Masara village, a victim and a resident told Reuters on Tuesday.

“Necessary steps were taken to ensure that the presence of the terrorists was ascertained and the strike was precise and professionally executed,” the Nigerian military said in a statement.

The military said the site of the air strike was a well-known enclave of Islamic State’s West Africa branch, adding that fishing is banned in the area.

The military has for years banned fishing because of its alleged ties to funding the insurgency.

“Although casualty figures could not be ascertained, the strike was verified to be successful in disrupting (Islamic State) logistics movement and foot soldiers,” the statement said.

The air strike comes two months after the U.S. government transferred six A-29 Super Tucano fighter planes to Nigeria to assist in its war against Islamist militants. The sale of the aircraft was condemned by critics, citing the Nigerian military’s record of killing civilians.

The killings could be precarious for U.S. President Joe Biden’s administration, because it is preparing to overhaul its arms export policy to increase the emphasis on human rights in a departure from former President Donald Trump’s prioritisation of economic benefits to U.S. defence contractors.

Sources familiar with the matter said six remaining A-29s should arrive from the United States over the next week or thereabouts. The sources added that mitigating civilian harm is a serious concern and an issue where the United States will continue to engage with its Nigerian partners.

(Reporting by Camillus Eboh in Abuja and Mike Stone in Washington, D.C.; Writing by Paul Carsten; Editing by Steve Orlofsky)