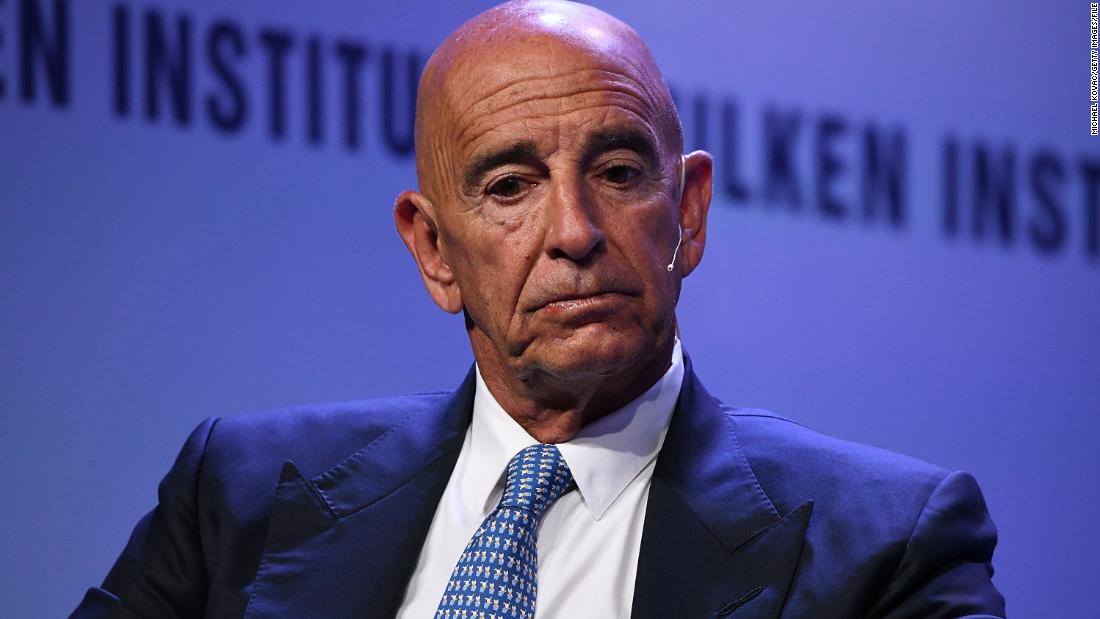 Last month the Justice Department charged Barrack with acting as an agent of a foreign government and lying to federal agents. When the case was unveiled, Barrack and his legal team said that they were committed to proving his innocence “in court.” He has pleaded not guilty.
The addition of new attorneys is the latest sign that the billionaire septuagenarian does not intend to cooperate with the government and will use his resources to fight what will likely be an expensive trial.
The addition of Michael Schachter and Randall Jackson — both partners at Willkie, Farr & Gallagher — to Barrack’s defense was indicated in court filings earlier this week. They join a team led by Matt Herrington of the firm Paul Hastings.
Schachter and Jackson are known for their work on the Jean Boustani case, in which a jury in 2019 cleared the Lebanese businessman of fraud and money laundering charges brought by the Justice Department. That case unfolded in the Eastern District of New York, where the charges against Barrack have also been brought.
Prosecutors accuse Barrack, who has known Trump for decades and served as chairman of the Trump 2016 Inaugural Committee, of seeking to influence Trump administration policy on behalf of the United Arab Emirates.
Prosecutors allege that Barrack — along with his co-defendants — served as a back channel of information to senior UAE officials both during the 2016 campaign and after Trump was inaugurated.
Barrack also is charged with obstruction of justice and making multiple false statements during a June 20, 2019, interview with federal law enforcement agents.
Barrack was charged along with Rashid Al Malik, an Emirati national with close ties to the royal family, and Matthew Grimes, a junior employee at Barrack’s company Colony Capital. Grimes has pleaded not guilty.
Malik fled the United States three days after he was interviewed by the FBI in 2018, according to prosecutors, and remains at large.
The case is the latest test of the Justice Department’s ramped-up enforcement of foreign lobbying laws — and the latest in a string of criminal cases against Trump associates.
A status hearing is scheduled in Barrack case next Thursday. The parties are expected to appear via Zoom.