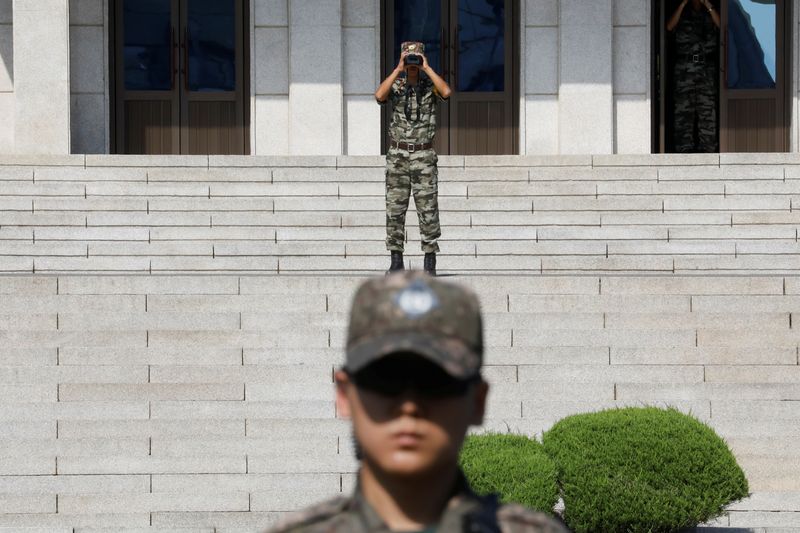 N. Korea joined China in decrying the U.S. decision as an “irresponsible one” that destroys regional peace and stability and global non-proliferation efforts.

“These are extremely undesirable and dangerous acts which will upset the strategic balance in the Asia-Pacific region and trigger off a chain of nuclear arms race,” the North’s foreign ministry said in a comment carried by the official KCNA news agency.

The North criticized Washington’s “double-dealing attitude,” singling out White House spokeswoman Jen Psaki’s remarks https://www.reuters.com/article/us-usa-security-australia-france-idAFKBN2GC1Y5 that it does not seek conflict with China but the decision was to shore up regional security.

Her comment “amounts to a stand that any country can spread nuclear technology if it is in its interests, and this shows that the U.S. is the chief culprit toppling the international nuclear non-proliferation system,” the ministry said.

“We are closely looking into the background of the U.S. decision and will certainly take a corresponding counter-action in case it has even a little adverse impact on the security of our country.”

N. Korea leader Kim Jong Un agreed to work toward de-nuclearization of the Korean peninsula and establish new relations at a summit with then U.S. President Donald Trump, but negotiations have stalled since 2019.

Pyongyang has slammed Washington for supporting its own and allies’ weapons development while condemning the North’s programmes as threats to regional peace and security.

The North’s state media said on Friday that Washington’s double standards and hostile policy hampered a reopening of de-nuclearization talks.