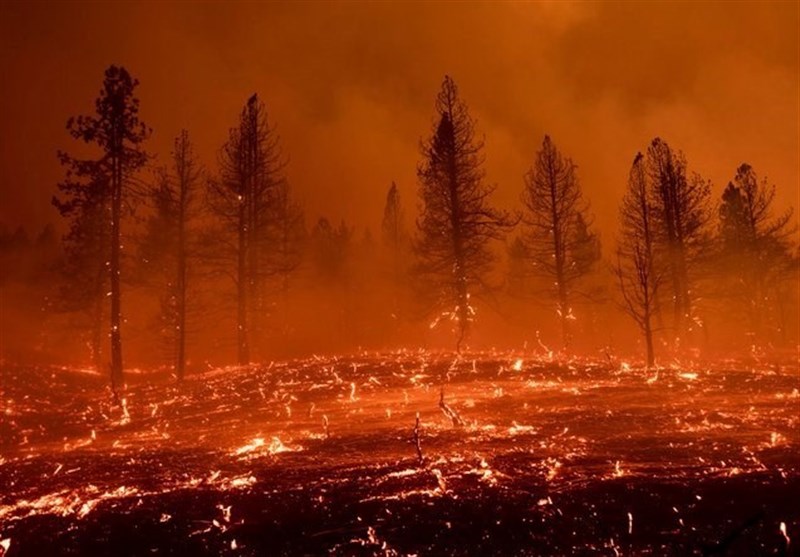 A fire in the Lake Tahoe area in the US state of California jumped a highway and forced additional evacuations and the cancellation of an intensive bike race.

The Tamarack Fire, just south of the Lake Tahoe, was zero percent contained as of Sunday afternoon, according to the Humboldt-Toiyabe National Forest. Officials from the national forest said that 517 personnel were working to contain the fire, The Hill reported.

The fire is now covering 18,000 acres. It’s just the latest fire to devastate the West in what is increasingly being seen as a year-long issue linked to the changing climate.

Officials also noted that thunderstorms that were predicted for Sunday afternoon could cause “erratic winds” near the wildfire.

“Forced by gusty winds, critically dry fuels and low relative humidity, the Tamarack Fire exhibited rapid rates of spread and an increase in fire behavior throughout the day,” officials noted on Saturday.

According to The Associated Press, the fire was headed toward Alpine County Airport after jumping a highway. Officials say that three structures have already been destroyed by the fire, the wire service reported.

Additionally, a notice on the 103-mile Death Ride’s website said the intensive bike event had been canceled. Organizers asked riders to leave the area, the AP noted. The event was canceled last year due to COVID-19, and this year would have marked its 40th anniversary.