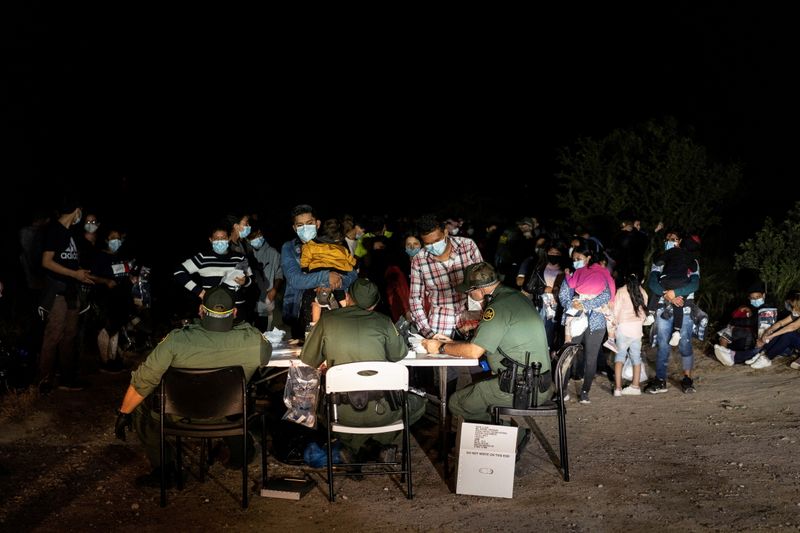 MEXICO CITY (Reuters) – Mexico said on Wednesday it will discuss with Washington a U.S. Supreme Court order to uphold an immigration policy implemented under former President Donald Trump that forced thousands of asylum seekers to stay in Mexico to await U.S. hearings.

Biden’s ending of the policy was his first major step in dismantling Trump-era immigration actions after he took office in January pledging to implement a more humane approach to dealing with mass migration.

In a statement on Twitter overnight, Roberto Velasco, a senior official in the Mexican foreign ministry responsible for North American relations, said the U.S. government had been in touch with Mexico over the Supreme Court decision.

“Mexico isn’t part of the judicial process, which is a unilateral measure by the United States,” Velasco said.

Velasco added that on Wednesday that the two countries “will exchange information” to determine what steps Mexico will take “based on the respect of sovereignty and human rights.”

Mexican President Andres Manuel Lopez Obrador said on Wednesday that the foreign ministry would hold a news conference on the matter later in the day.

In a 6-3 vote, the Supreme Court rejected the Biden administration’s effort to block a Texas-based judge’s ruling requiring the government to revive the policy. The brief order by the justices means that U.S. District Judge Matthew Kacsmaryk’s ruling now goes into effect.

The U.S. Department of Homeland Security said in a statement that it regretted the Supreme Court’s decision and would continue to “vigorously challenge” the judge’s ruling.

Arrests of migrants caught trying to cross the U.S. border with Mexico have reached 20-year highs in recent months.

(Reporting by Dave Graham; Editing by Will Dunham)