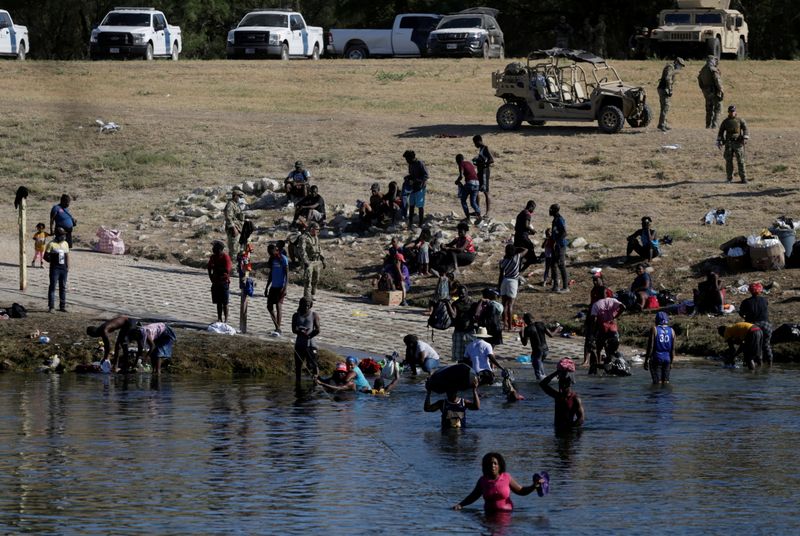 MEXICO CITY (Reuters) – People-smuggling crimes in Mexico this year have more than tripled since 2020, the government said on Wednesday, as the country battles to cope with a sharp increase in illegal immigration at the U.S. border.

Between January and August, Mexico registered 1,232 people-smuggling crimes, a jump of nearly 228% from the 376 logged during the same period in 2020, Security Minister Rosa Icela Rodriguez told a regular government news conference.

Government officials say many migrants pay people-smugglers to make their way on the perilous journey from Mexico’s southern border with Guatemala up to the United States.

Rodriguez made the announcement alongside President Andres Manuel Lopez Obrador, whose administration has had to contend with a massive jump in the number of undocumented migrants from around the Americas trying to reach the United States.

Mexico and the United States on Wednesday were preparing to fly more Haitian migrants away from U.S.-Mexico border camps https://www.reuters.com/world/us/us-mexico-fly-haitian-migrants-away-border-pressure-builds-biden-2021-09-22, even as pressure mounted on Biden to put a stop to expulsions of Haitians to their impoverished, struggling homeland.

Biden took office in January pledging to adopt a more humanitarian approach to immigration than his hardline predecessor Donald Trump, which Mexican officials argue has encouraged migrants to try their luck at the border.

Washington has pressed Mexico to contain migrant flows as the number of people who are stopped while trying to cross the U.S. border illegally has more than doubled this year.