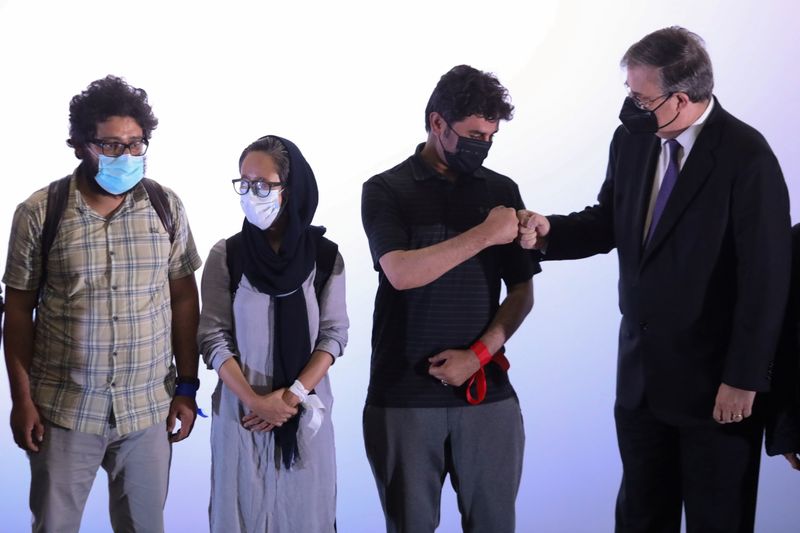 They arrived at Mexico City’s international airport early on Wednesday morning, where Foreign Minister Marcelo Ebrard waited to greet them.

“Mexico has decided to support human rights applications for refuge, asylum and humanitarian visas for people in Afghanistan who have asked to have this humanitarian condition,” Ebrard said.

Mexico has pledged to aid Afghan women and girls amid concern about their treatment under Taliban rule. Ebrard said on Aug. 18 that the country was processing refugee applications of Afghan citizens, especially women and girls, with the aid of Guillermo Puente Ordorica, Mexico’s ambassador in Iran.

Ebrard helped to quickly arrange the journalists’ departure from Kabul, which included a stopover in Qatar, before their eventual arrival to Mexico, according to the New York Times.

Reuters evacuated a group of 73 people made up of its workers and their families to Pakistan from Afghanistan on Monday.

The Taliban seized power in Afghanistan last week as the United States and its allies withdrew troops after two decades and the Western-backed Afghan government and military collapsed.

The Taliban follow an ultra-hardline version of Sunni Islam. They have said they will respect the rights of women within the framework of Islamic law. When in power from 1996-2001, also guided by Islamic law, the Taliban stopped women from working or going out without wearing an all-enveloping burqa and stopped girls from going to school.

(Reporting by Frank Jack Daniel and Cassandra Garrison; Editing by Will Dunham)