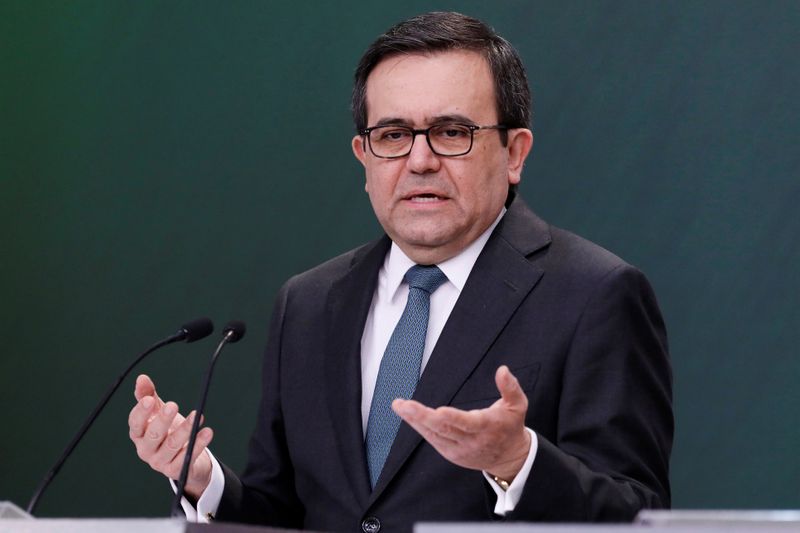 In a statement, the office said prosecutors believed Guajardo had during the period 2014-2018 probably achieved an increase in his wealth that could not be accounted for legally.

Guajardo, who was in charge of the renegotiation of the North American Free Trade Agreement (NAFTA) driven by former U.S. President Donald Trump, told Mexican radio he was being persecuted politically for criticizing the government.

A member of the centrist opposition Institutional Revolutionary Party (PRI), Guajardo is due to re-enter Congress when the new lower house convenes in September.

A judge ordered Guajardo not to leave the country without judicial authorization and to report to authorities at regular intervals, the attorney general’s office said.

Guajardo said he was being investigated over around 9 million pesos ($452,265), in particular a painting he had acquired, as well as a transfer of around $300,000 from his brother.

Speaking on the radio, Guajardo said he had in his public declaration of assets not registered the painting in the year he bought it because it had not yet been delivered.

President Andres Manuel Lopez Obrador has relentlessly sought to vilify the previous Mexican administration, accusing it of fomenting inequality, corruption and violence in the country.