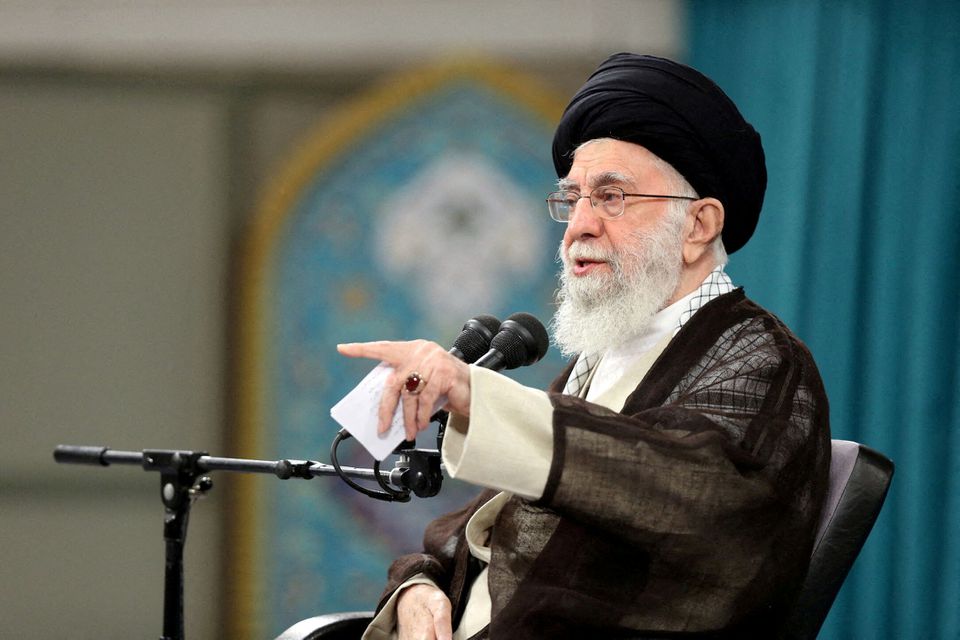 Jan 9 (Reuters) – Meta’s (META.O) Oversight Board on Monday overturned the company’s decision to remove a Facebook post that used the slogan “death to Khamenei” to criticize the Iranian leader, saying it did not violate a rule barring violent threats.

The board, which is funded by Meta but operates independently, said in a ruling that the phrase is often used to mean “down with Khamenei” in referring to Iran’s Supreme Leader Ayatollah Ali Khamenei, who has been leading a violent crackdown on nationwide protests in recent months.

It also urged the company to develop better ways of factoring such context into its content policies and outline clearly when rhetorical threats against heads of state were permitted.

“In the context of the post, and the broader social, political and linguistic situation in Iran, ‘marg bar Khamenei’ should be understood as ‘down with.’ It is a rhetorical, political slogan, not a credible threat,” the board wrote.

Iran has been gripped by demonstrations since mid-September, following the death in detention of a 22-year-old Kurdish Iranian woman arrested for wearing “inappropriate attire” under the country’s strict dress code for women.

The protests, in which demonstrators from all walks of life have called for the fall of Iran’s ruling theocracy, have posed one of the biggest challenges to the government of the Shi’ite Muslim-ruled Islamic Republic since the 1979 revolution.

The unrest created a now-familiar conundrum for Meta, which has wavered repeatedly in its treatment of violent political rhetoric on its platforms.

The company bans language that incites “serious violence” but aims to avoid overreach by limiting enforcement to credible threats, leaving ambiguity around when and how the rule applies.

After Russia invaded Ukraine last year, for example, Meta introduced a temporary exemption to allow calls for death to Russian President Vladimir Putin, aiming to give users in the region space to express their anger over the war.

However, days later it reversed the exemption after Reuters reported its existence.

Meta also has faced scrutiny over how its platforms were used to organize in the run-up to the Jan. 6 attack on the U.S. Capitol. Phrases like “kill them all” appeared in thousands of U.S.-based Facebook Groups before the attack, including calls for violence against specific U.S. political leaders.

The Oversight Board said in its ruling that “death to Khamenei” statements differed from threats posted around Jan. 6, as politicians were then “clearly at risk” in the U.S. context and “death to” was not a rhetorical statement in English.