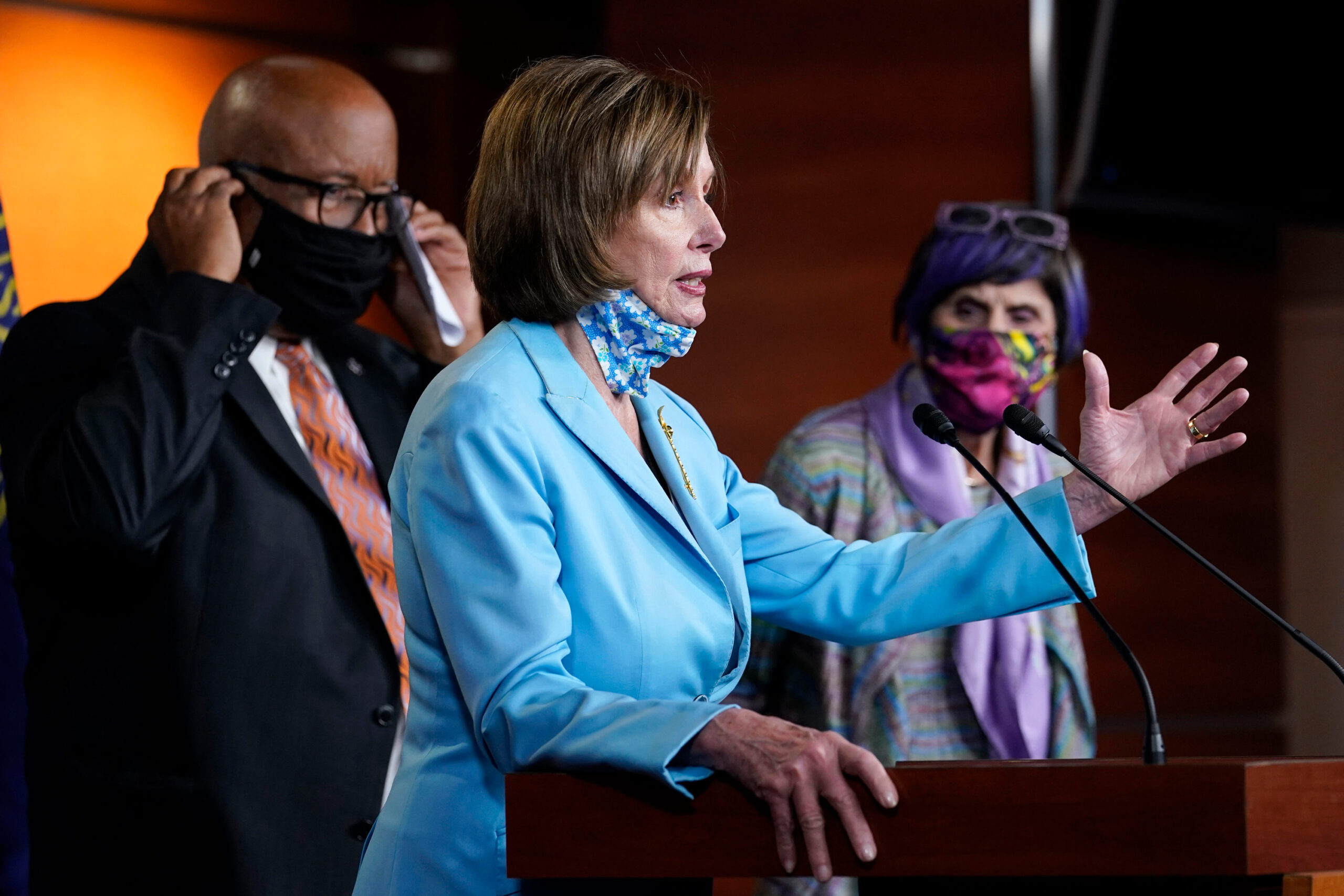 House Speaker Nancy Pelosi strongly suggested that she would approve a select committee in the House to investigate what led to the Jan. 6 insurrection, if a vote to form the commission fails in the Senate.

“I certainly could call for hearings in the House with a majority of the members being Democrats, with full subpoena power, with the agenda being determined by the Democrats, but that’s not the path we have chosen to go,” Pelosi said.

When asked if she was ready to take this other path, she insisted, “I don’t want to,” before adding that, “we will find the truth.”

“It’s not a question of doing this – something in addition to this,” meaning the Commission. “It’s a question of, if they don’t want to do this, we will.”

Asked if Republicans were afraid of the commission, due to the possibility that it could subpoena House Republican Leader Kevin McCarthy or former President Trump.

“It sounds like they are afraid of the truth and that’s most unfortunate,” she said, “but hopefully they’ll get used to the idea that the American people want us to find the truth, and that is what we intend to do.”

Some more background: The legislation to create the commission is expected to pass through the Democratically controlled House today, but the margins are an important indicator because just how many House Republicans are willing to buck their party leadership may offer an early signal for how many GOP senators could back the bill.

Supporters of the plan will need at least 10 Republicans in the Senate to join all 50 Democrats in the chamber in order to overcome a 60-vote filibuster and pass the bill. Senate Minority Leader Mitch McConnell, like McCarthy, said he is opposed to the commission.