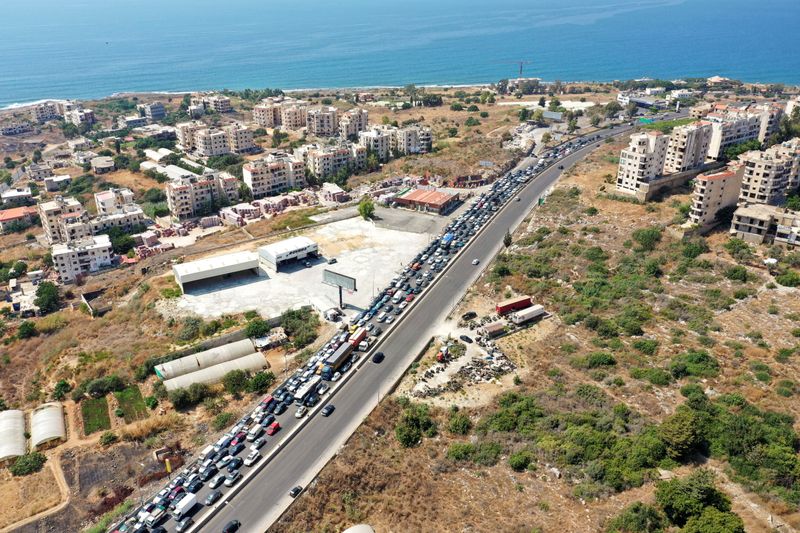 BEIRUT (Reuters) – The head of one of Lebanon’s most powerful security agencies ordered his officers to stand firm in the face of a national crisis that could be protracted, warning of the chaos that would ensue if the state collapsed.

Major General Abbas Ibrahim, in a message to General Security staff received by Reuters on Friday, said state institutions had been undermined by “the great collapse”.

He was referring to a financial crisis that has gripped Lebanon for two years and plumbed new depths this month as supplies of imported fuel ran out, forcing even essential services to scale back or shut down and sparking numerous security incidents.

The meltdown has deepened international concerns about Lebanon, a country pieced back together after a 1975-90 civil war and still deeply riven by sectarian and factional rivalries.

Ibrahim noted the impact of the crisis on personnel at General Security, an intelligence and security agency whose responsibilities include control of Lebanon’s border crossings.

“The crisis that Lebanon is going through may be prolonged. Your duty is steadfastness and standing as a barrier to protect your country and your people.” he told staff.

Were the state to fall it would fall on everyone “and everyone will be in the eye of chaos and in the line of tension,” he said.

Ibrahim also noted the crisis’ impact on other security agencies and on the nation in general.

The U.N. secretary general on Thursday called on Lebanese leaders to form a new government urgently – something they have failed to do for a year during whch the currency has collapsed by more than 90% and poverty has soared.

Foreign donors say they will provide assistance once a government is formed that embarks on reforms to address the root causes of the collapse.

President Michel Aoun, the Maronite Christian head of state, and Prime Minister-designate Najib Mikati, a Sunni Muslim, have yet to agree on a new cabinet more than one month after Mikati was picked to form one.

Mikati gave no statement on Thursday after their 13th meeting.

Mikati took on the task after Saad al-Hariri, Lebanon’s leading Sunni, abandoned a nine-month-long bid to form the government, saying he could not agree with Aoun and accusing him of seeking effective veto power in cabinet.

Aoun, an ally of the heavily armed, Iran-backed Shi’ite group Hezbollah, has denied this, and blamed Hariri.