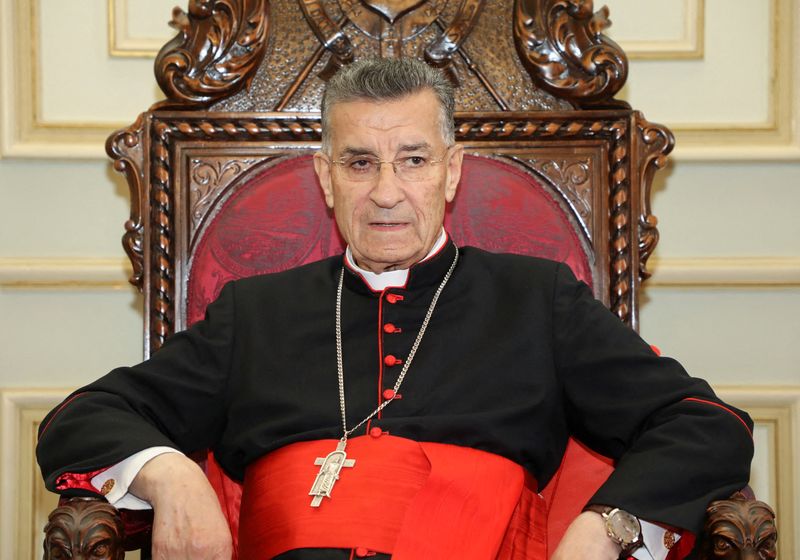 BEIRUT (Reuters) – A decision by Lebanon’s leading Sunni Muslim politician to step back from politics and boycott a parliamentary election in May must not be used as an excuse to call for a delay, the Maronite Christian patriarch said on Sunday.

Cardinal Bechara Boutros Al-Rai said he was surprised by three times-former prime minister Saad al-Hariri’s decision and said he hoped Sunnis would still take part so the election “expresses the position of all Lebanese”.

Hariri’s decision has turned the electoral landscape on its head, adding to the uncertainties facing a country suffering a devastating financial meltdown https://www.reuters.com/markets/rates-bonds/how-bad-is-lebanons-economic-meltdown-2022-01-23.

“Given the importance of this parliamentary (election), we must all confront attempts to circumvent it,” Rai said, noting the new parliament would elect President Michel Aoun’s replacement.

Referring to Hariri’s decision, he said “it is not allowed for some to invoke the new reality and promote the postponement of the parliamentary elections”. He did not say to whom he was referring.

Lebanon’s 2018 election produced a majority for the heavily armed, Iran-backed Shi’ite group Hezbollah and its allies, who include Aoun. Its adversaries hope to overturn this in May.

Rai is a critic of Hezbollah https://www.reuters.com/world/lebanons-top-christian-cleric-criticizes-hezbollah-leaked-video-2021-04-01, saying it has harmed Lebanon by dragging it into regional conflicts.

Hezbollah, designated a terrorist group by Washington, is part of an Iran-led alliance vying for regional influence with U.S.-allied Gulf Arab states.

While none of Lebanon’s main parties have called for an election delay, many observers believe this may well suit a number of influential players, though not adversaries of Hezbollah, such as the Christian Lebanese Forces party.

Western states want the vote to go ahead on time.

Saad will leave a fractured Sunni community in his wake.

On Friday, his older brother, Bahaa https://www.reuters.com/world/middle-east/lebanons-bahaa-rafik-al-hariri-says-he-will-continue-his-fathers-journey-2022-01-28, signalled he was entering politics, saying he would “continue the journey” of his father Rafik al-Hariri. Bahaa plans to support candidates but will not be running himself.