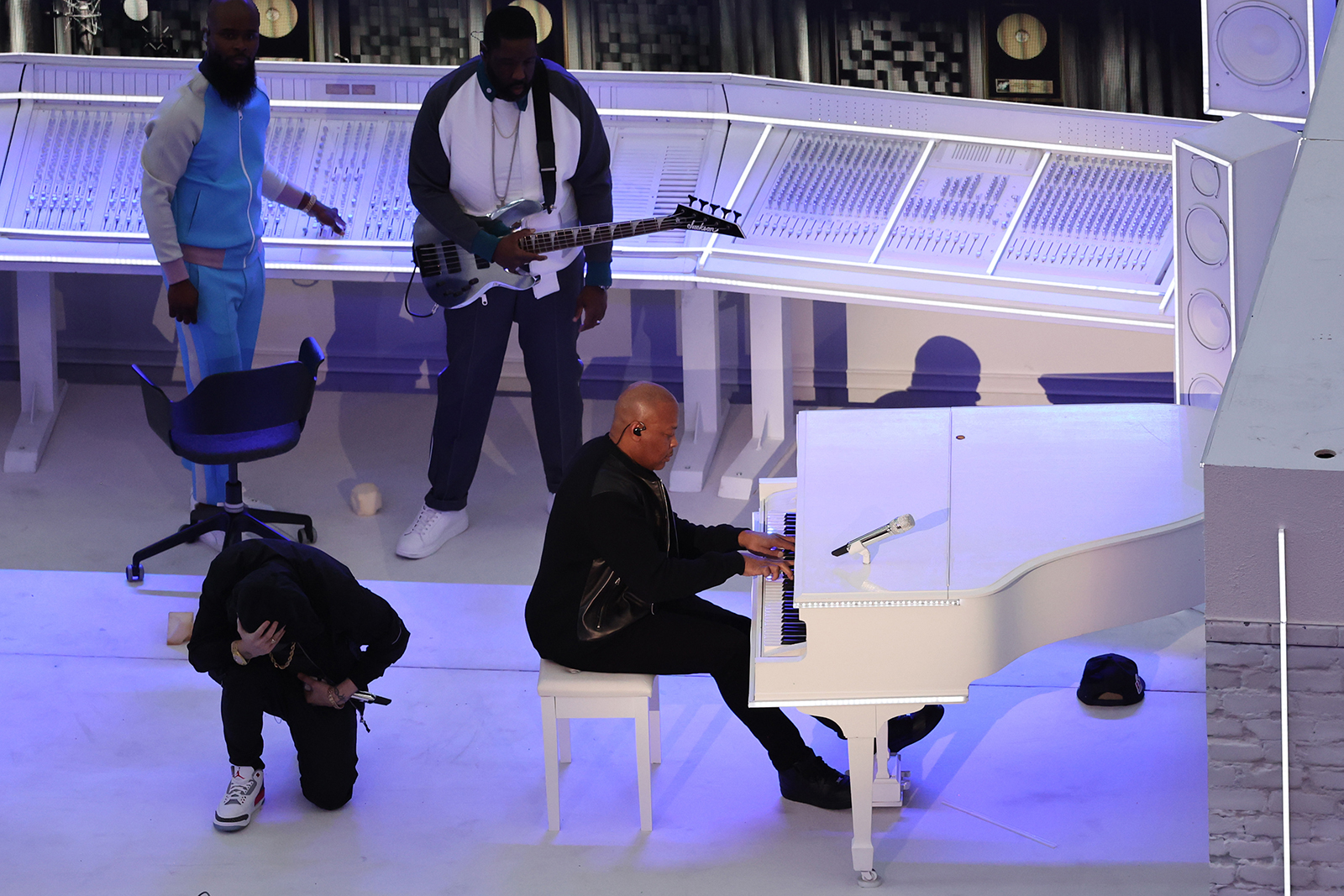 Rapper Eminem took a knee during his halftime performance, a gesture often done to protest racial injustice in the country.

Colin Kaepernick, former quarterback for the San Francisco 49ers, was heavily criticized for starting this form of protest in 2016 at a preseason game during the national anthem.

Since then, this particular form of protest has come under scrutiny, not only by the NFL, but by other large sporting organizations.

The moment happened right after the legendary rapper ended his performance of his hit song “Lose Yourself” and rapped the iconic line “This opportunity comes once in a lifetime. you better lose yourself.”

Eminem has a history of supporting Kaepernick’s efforts. In 2017, during the BET Hip Hop Awards, the rapper performed an explosive 4.5-minute freestyle rap, calling out former President Trump and embracing Kaepernick and his message on racism and police brutality.

The Detroit rapper raised his fist and rapped: “F— that, this is for Colin, ball up a fist and keep that s— balled like Donald the b—-.”

Kaepernick tweeted, “I appreciate you @Eminem,” along with a fist emoji.