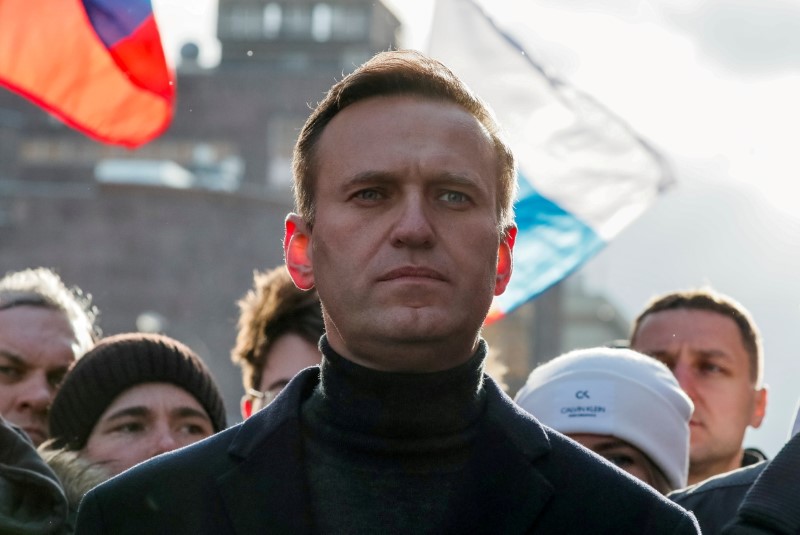 The campaign, which asks people to vote for specific candidates judged to have the best chance of defeating the United Russia candidate in any given area, is one of the last levers Navalny and his allies have after a crackdown this summer outlawed his movement as “extremist”.

His own allies are banned from taking part, and United Russia, which supports President Vladimir Putin, is expected to win the Sept. 17-19 election despite a prolonged slump in its own popularity.

Navalny hopes to reduce United Russia’s margin of victory however, and to cause it potential embarrassment in places like Moscow and St Petersburg where anti-Kremlin feeling has traditionally run higher.

“They’ve declared half the country extremists to grab all the constituencies…,” Navalny wrote in a post on Instagram published a day before the one-year anniversary of his poisoning with what the West said was a military nerve agent, something Russia had dismissed as a Western smear campaign against it.

“They haven’t let the strong candidates (take part) in the election. Now even the ones that aren’t that strong are being removed from the race – they’re scared of smart voting,” he said, calling on followers to sign up to take part.

Since being jailed in February for 2.5 years for parole violations on a conviction he calls trumped up, Navalny has tried to stay in touch with his followers through social media posts passed to his lawyers who visit him in prison.

He declared his smart voting tactic a success at local Moscow elections in 2019 after 20 candidates backed by his tactical voting plan won seats in the city legislature.

“For the first time in the last 30 years we have a functioning and tested mechanism to defeat the ruling party at elections in constituencies,” he said on Thursday.

United Russia secured a super majority in the last parliamentary elections in 2016, but its rating stood at 27% earlier this month, its lowest in 13 years, according to a state pollster.

Kremlin sources have laughed off the idea that the smart voting plan poses a threat to United Russia, but have said that discontent across the world’s largest country over stagnant or falling living standards could hurt it at the ballot box.