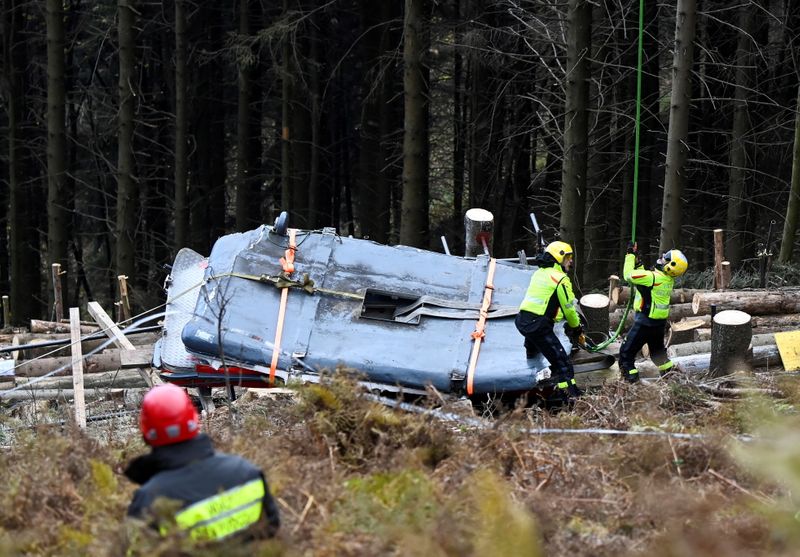 ROME (Reuters) – Italian magistrates have issued an international arrest warrant on kidnapping charges for the grandfather of an Israeli boy who was the only survivor of a cable car disaster in May, prosecutors said in a statement on Wednesday.

While visiting the six-year-old in Italy in September, his maternal grandfather, Shmuel Peleg, picked him up and brought him back to Israel without the consent of the paternal aunt he was living with, triggering a custody battle between the two families.

The boy, Eitan Biran, had moved in with his aunt, Aya Biran, after his parents, younger brother and 11 other people all died in the cable car crash disaster in northern Italy in May.

The arrest warrant targets Peleg as well as Gabriel Abutbul Alon, who allegedly helped him with the plan, the statement said.

Magistrates in the northern city of Pavia have asked for the two men to be extradited to Italy once they are arrested, the statement said.

The maternal family’s determination to bring the boy back to Israel so the child could live with them was “the origin of the criminal plan carried out with clear premeditation and meticulous organisation by the suspects”, it said.

Peleg and Alon allegedly drove the boy to Switzerland and then flew him to Tel Aviv paying 42,000 euros ($48,568) for a private plane.

Last month, an Israeli court ruled that the boy must be returned to relatives in Italy, where the aunt had been granted guardianship rights. He still remains in Israel.

Contacted by Reuters, the aunt’s lawyers declined to comment.

Peleg’s family said they had not received any arrest warrants, declining further comment. A lawyer for Alon could not be immediately reached for comment.