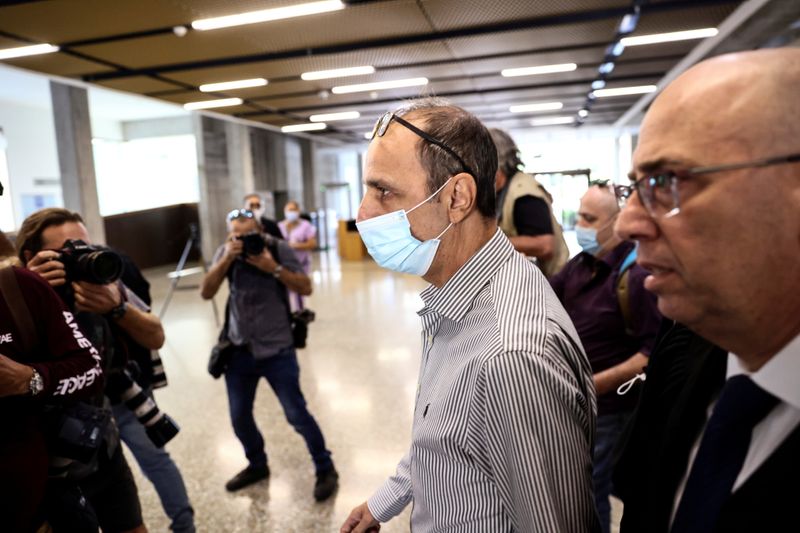 FILE PHOTO: Shmuel Peleg, the grandfather of Eitan Biran, a 6-year-old boy, the sole survivor of an Italian cable car disaster and the focus of a cross-border custody battle, arrives to the District court in Tel Aviv, Israel November 11, 2021. REUTERS/Ronen Zvulun/File Photo

JERUSALEM (Reuters) – A six-year-old boy, the sole survivor of an Italian cable car disaster who was kidnapped and taken to Israel by his grandfather, will remain in the country for the next seven days, Israel’s Supreme Court said on Wednesday, as it reviews a request to appeal his return to Italy.

Eitan Biran’s maternal grandfather lost an appeal at a district court on Thursday against a family court’s decision in October to send the boy back to his paternal aunt in Italy in a cross-border custody battle.

The child had been living with the aunt since his parents, younger brother and 11 other people died when a gondola plunged to the ground in northern Italy in May.

In September, while visiting Eitan, his maternal grandfather, without the aunt’s consent, drove him to Switzerland and chartered a private jet onward to Israel.

The aunt petitioned the family court for his return to Italy. The court found that the grandfather’s actions amounted to kidnapping under the Hague Convention on the return of abducted children.

The grandfather’s lawyers have asked Israel’s top court to hear another appeal.

On Wednesday, the court gave a Nov 23. deadline until the sides hand in their arguments, after which it will issue its ruling on whether yet another appeal may be filed. Until then, the court said, all proceedings in the case were to be halted.

The aunt’s lawyers said in a statement that they had hoped that the grandfather “would do the right thing and free Eitan to return home to his regular life.” They said they were confidant the Supreme Court would uphold the two previous rulings.

The grandfather and the aunt cannot be named due to Israeli court restrictions.