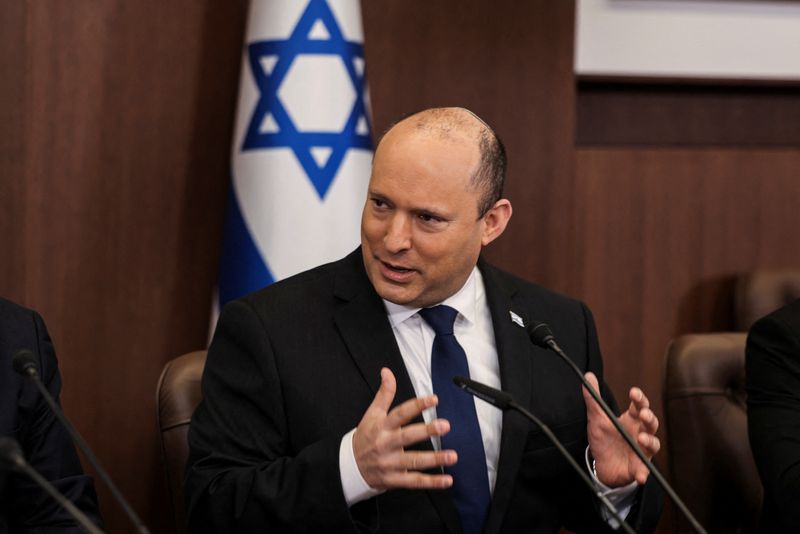 JERUSALEM (Reuters) -Israeli Prime Minister Naftali Bennett will travel to Bahrain on Monday in the highest-level visit since the countries established relations under a 2020 U.S.-sponsored deal based in part on shared worries about Iran.

“The leaders will discuss additional ways to strengthen bilateral ties…especially the advancement of diplomatic and economic issues, with an emphasis on technology and innovation,” it said in a statement.

Israel has stepped up cooperation with the Gulf states. Manama hosted Israel’s defence minister on Feb. 2 and has said an Israeli military officer will be posted in Bahrain as part of an international coalition.

On the commercial front, Israel has reported rising trade with Bahrain that reached $6.5 billion last year. There are direct flights between the countries.

The outreach by Bahrain’s Sunni Muslim monarch has been criticised by an opposition led by the Shi’ite majority. The country has seen protests in solidarity with the Palestinians.