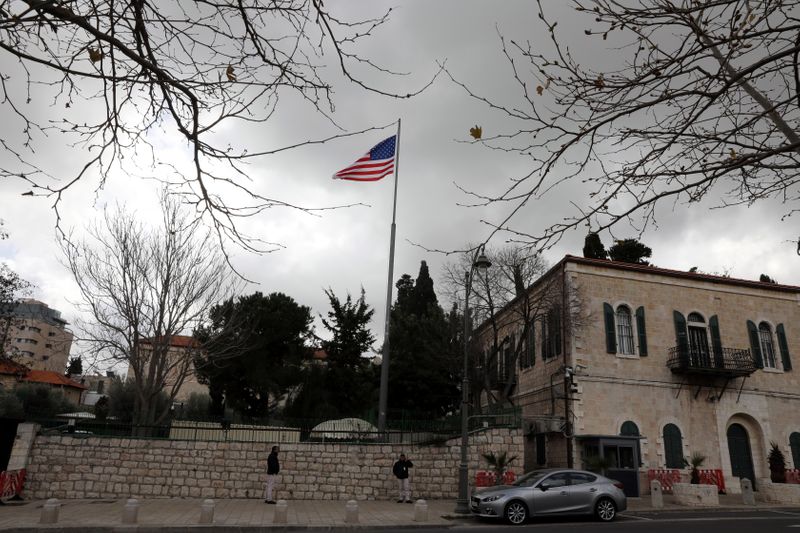 JERUSALEM (Reuters) – Israel’s deputy foreign minister said on Sunday that the Biden administration may shelve its plan to reopen a U.S diplomatic mission for Palestinians in Jerusalem after Israel voiced opposition to such a move.

The Jerusalem consulate was subsumed into the U.S. Embassy that was moved to the contested city from Tel Aviv in 2018 by the administration of former President Donald Trump – a reversal of U.S. policy hailed by Israel and condemned by Palestinians.

U.S. Secretary of State Antony Blinken this month reiterated Washington’s plan to reopen the consulate as part of efforts to repair Palestinian ties. He did not give timelines.

“I believe that I have good reason to think this will not happen,” Deputy Foreign Minister Idan Roll told Israel’s Ynet TV.

“The Americans understand the political complexity,” Roll said. “We have very good relations … We don’t believe in surprising them. I don’t think they will try to surprise us.”

U.S. Embassy spokespeople could not immediately be reached for comment

Israel deems all Jerusalem its undivided capital and says it would not consent to reopening the consulate. The Palestinians want the city’s east for their own future, hoped-for state.