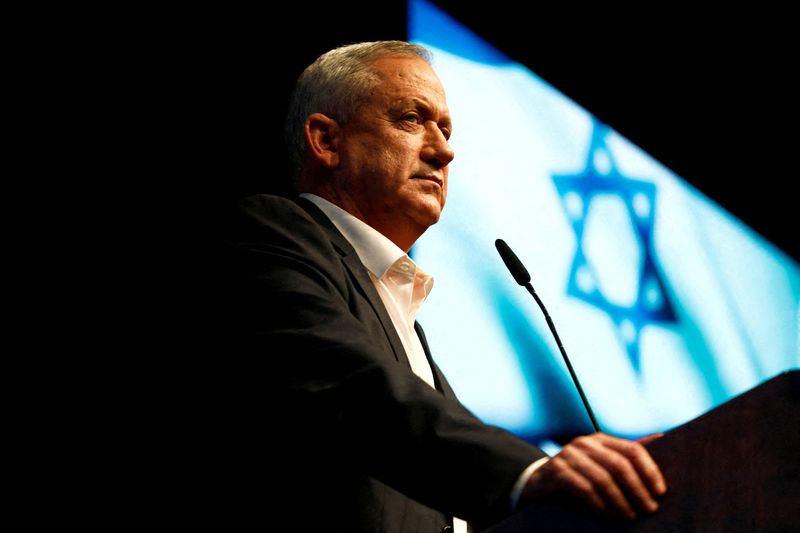 JERUSALEM (Reuters) – Israeli Defence Minister Benny Gantz began a visit to Bahrain on Wednesday amid heightened tensions in the Gulf after missile attacks on the United Arab Emirates by Yemen’s Iran-aligned Houthi movement.

Announcing Gantz’s trip only after his arrival in Manama, Israel’s Defence Ministry said he would sign a security cooperation agreement with Bahrain, which along with the neighbouring UAE normalised relations with Israel in 2020.

The United Arab Emirates on Monday intercepted a missile during a visit by Israel’s president, the third such attack in two weeks claimed by the Houthis, who are battling a Saudi-led coalition that includes the UAE.

In disclosing Gantz’s official visit, the Israeli defence ministry made no mention of the Houthi attacks nor give details of what a security accord with Bahrain, home to the U.S. Navy’s main base in the Gulf, would include.

The United States said was it was sending fighter jets to assist the United Arab Emirates following the missile strikes.

Gantz flew to Bahrain on an Israeli air force transport plane. It was the first time an Israeli defence chief had visited the Gulf nation or that an Israeli military aircraft had landed there.

“Honored to be here and looking forward to meeting the Kingdom’s leaders,” Gantz wrote on Twitter, saying he was welcomed to Bahrain by its minister of defence affairs.

The U.S.-brokered Abraham Accords signed by Bahrain, the UAE and Israel built on common commercial interests and worries about Iran. Sudan and Morocco followed suit in formalising ties with Israel.

In September, Bahrain hosted Israeli Foreign Minister Yair Lapid for the highest-level visit since the normalisation deals were reached.

Forces from the UAE, Bahrain, Israel and the United States Naval Forces Central Command held a naval exercise in the Red Sea in November. Israel said such military cooperation could help counter Iran’s “power projection” in the region.