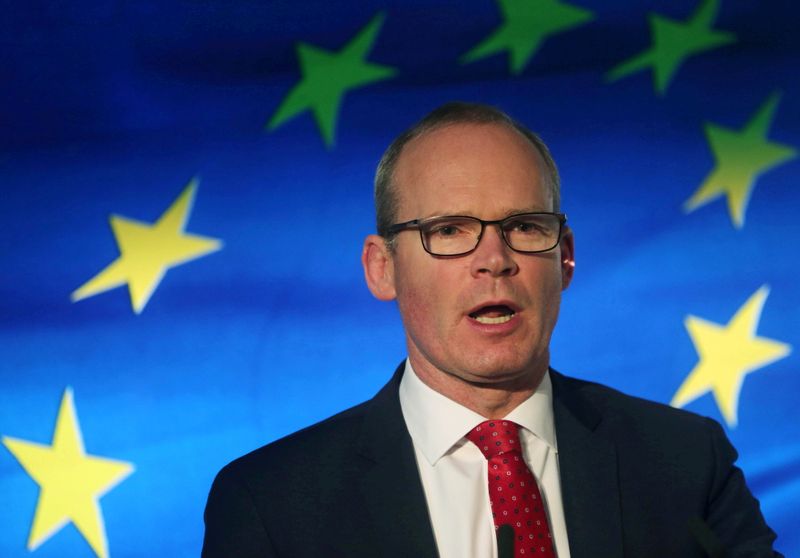 DUBLIN (Reuters) – Ireland does not expect Britain to trigger a clause in Northern Ireland’s fraught post-Brexit trading deal to unilaterally jettison some of its terms, Foreign Minister Simon Coveney said.

Prime Minister Boris Johnson said on Friday it was possible the British government would trigger “Article 16” if the European Union did not make appropriate concessions to ease the burden of trading restrictions on Northern Ireland.

Triggering Article 16, part of the Northern Ireland Protocol of Britain’s EU divorce deal, would mark a major escalation of the dispute and could lead to significant retaliatory measures.

Article 16 allows either side to unilaterally seek to dispense with some of the terms if they are proving unexpectedly harmful, but not for either side to scrap the protocol entirely.

“My understanding is that the British government is not likely to trigger Article 16,” Coveney told Irish state broadcaster RTE on Saturday.

“It would be a hugely problematic backward step in relationships between the UK government and the EU institutions at a time actually when we are trying to build trust,” he added.