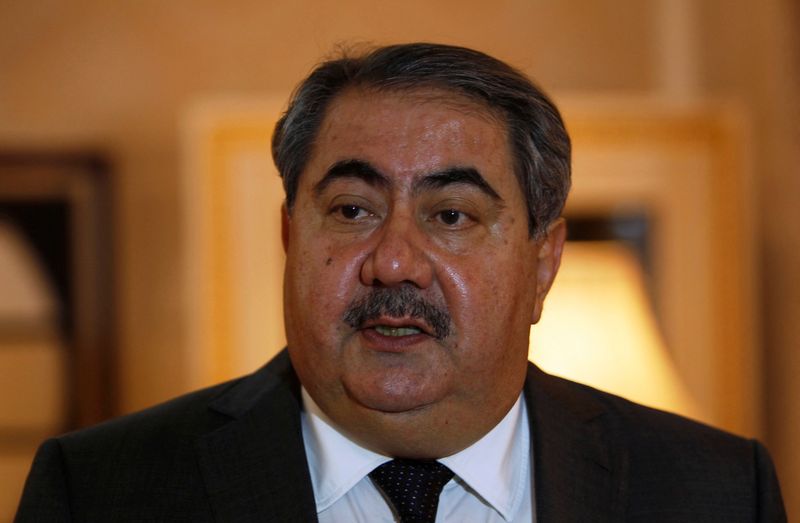 BAGHDAD (Reuters) -Iraq’s Supreme Federal Court has ruled that former foreign minister Hoshyar Zebari is not eligible to run for the presidency amid corruption allegations, the state news agency reported on Sunday, a move that prolongs a political standoff.

Zebari, a prominent Kurdish politician who served as Iraq’s foreign minister for more than a decade, called the court’s decision “an injustice”.

He was finance minister when he was sacked by parliament in 2016 over alleged corruption. He denied the accusations and said they are politically motivated.

The court said a decision by parliament to accept his presidential bid was incorrect and it also barred him from running for the post in the future, the agency said.

The ruling was the court’s final decision after it issued an initial ruling last week suspending Zebari’s candidacy while it looked into the corruption allegations.

“We were surprised by our exclusion from our right to nominate,” Zebari said in a news conference on Sunday following the ruling.

“We respect the judiciary, but I have the right to say that there has been injustice and arbitrariness in the decision.”

Earlier this month, four parliamentarians filed a petition to the federal court demanding Zebari’s exclusion from the presidential race, accusing him of financial and administrative corruption.

Zebari, who was one of 25 presidential candidates, had high chances of winning the parliamentary vote to be president before the corruption allegations surfaced again.

Parliament had been due to vote on a new head of state last Monday but cancelled the vote because it lacked the quorum to hold a session after many lawmakers said they would boycott it after the Supreme Federal Court suspended Zebari’s candidacy.

The president’s role is mostly ceremonial, but will ask the largest bloc in parliament to form a government.

In a separate decision the Federal Court said that President Barham Salih, who is also running for a second term, will continue in his position until a new president is elected.

The court decision is a blow to populist Shi’ite Muslim cleric Moqtada al-Sadr, who was the biggest winner in the October parliamentary election. He had vowed to quickly push through a government that could exclude Iranian allies.

Sadr, along with the Kurdish Democratic Party (KDP) of which Zebari is a member, and an alliance of Sunni Muslim lawmakers had supported Zebari’s bid for president.

The corruption allegations resurfaced after Zebari emerged as a strong contender, and Sadr eventually appeared to withdraw his support, saying in a statement that any future president must “meet the conditions” to hold office.

Under Iraq’s governing system in place since the post-Saddam Hussein constitution was adopted in 2005, the prime minister is a member of the Shi’ite majority, the speaker is a Sunni and the largely ceremonial role of president is held by a Kurd.