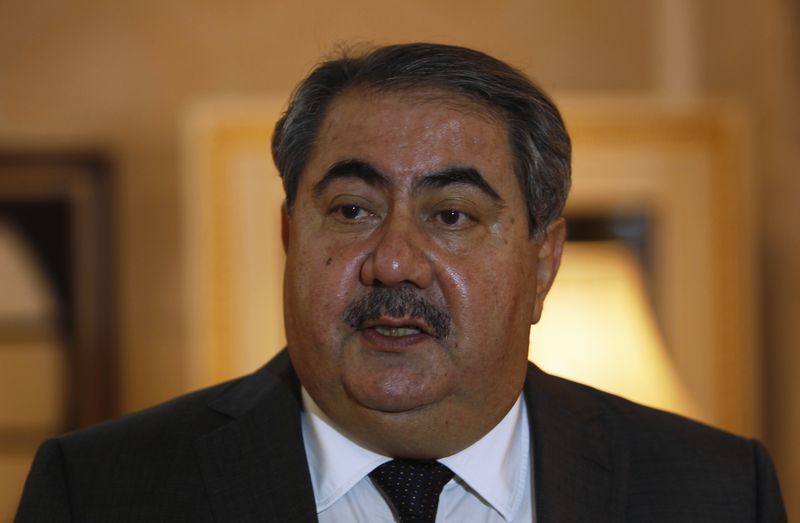 (Reuters) – Iraq’s Supreme Court on Sunday suspended a former foreign minister’s presidential bid over graft allegations and many lawmakers said they would boycott a Monday vote for a new head of state, prolonging a political standoff.

The court said the candidacy of Hoshyar Zebari, a Western-friendly veteran Iraqi Kurdish statesman, could not proceed until corruption charges from a separate 2016 stint as finance minister were dealt with.

The decision was a blow to populist Shi’ite Muslim cleric Moqtada al-Sadr, who was the biggest winner in an October election and has vowed to quickly push through a government that could exclude Iranian allies.

Sadr, the Kurdish Democratic Party (KDP) of which Zebari is a member and an alliance of Sunni Muslim lawmakers had supported Zebari’s bid for president.

The corruption allegations resurfaced after Zebari emerged as a strong contender, and Sadr eventually appeared to withdraw his support, saying in a statement that any future president ‮ ‬must “meet the conditions” to hold office.

A political alliance aligned with Iran said in a statement on Sunday it was against the holding of the Monday parliamentary session to pick a president.

The KDP also said on Sunday it would boycott proceedings.

Parliament will likely not be able to convene on Monday because of the number of lawmakers boycotting the vote, prolonging a battle over the presidency and a new government being fought largely between Sadr and the pro-Iran camp.

Iraq’s governments and state institutions have mostly been dominated by Iran-aligned Shi’ite political-military groups since the U.S.-led invasion which toppled Sunni dictator Saddam Hussein in 2003.

The strongest pro-Iran parties have or are allied with heavily-armed militia.

The populist Sadr boasts his own militia and has positioned himself firmly in recent years against the Iran-aligned armed groups.

Most people most no longer vote.

Zebari who served as foreign minister for more than a decade, was finance minister when he was sacked by parliament in 2016 over alleged corruption.

Zebari was not immediately available for comment. He has previously denied the allegations and said they are politically motivated.

Last week four parliamentarians filed a petition to the federal court demanding Zebari’s exclusion from the presidential race, accusing him of financial and administrative corruption in 2016.

In its ruling, the court said it had “decided to temporarily suspend the procedures of electing (Zebari) for the position of President of the Republic until the case is resolved”.

The country’s new president, when chosen, will be tasked with asking the largest bloc in parliament to form a government.