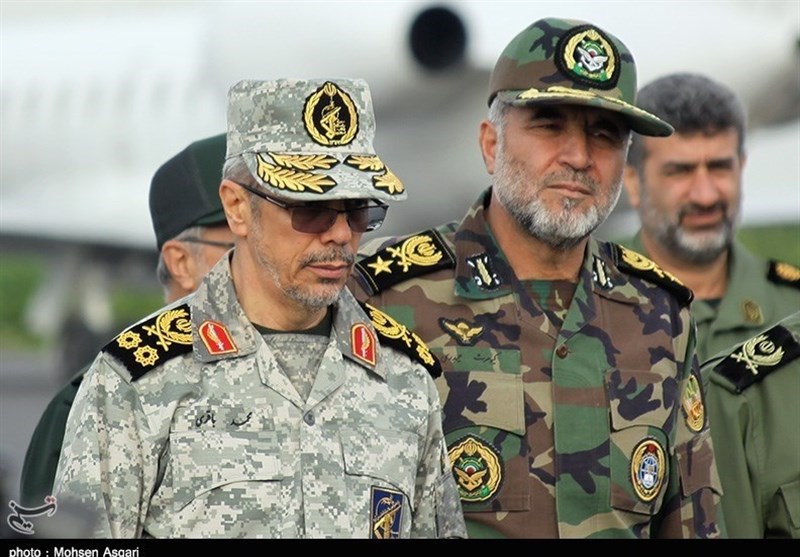 Chief of Staff of the Iranian Armed Forces condemned the Zionist regime’s new wave of atrocities against the Palestinian people, calling for the formation of a “strategic and genuine” coalition to resolve the issue of Palestine as the Muslim world’s common concern.

In a message released on Thursday, Major General Mohammad Hossein Baqeri strongly condemned the Israeli regime’s criminal activities that have killed and injured scores of Palestinian people, including defenseless children and women, in recent days.

He also deplored the muted response from the self-proclaimed advocates of human rights to the Israeli aggression, decried the US’ support for the Israeli crimes, and called on all Muslims, Islamic governments, as well as the regional and international organizations, which are committed to safeguarding the rights of nations, to establish a strategic, genuine and mighty coalition in order to address the issue of Palestine as the Muslim world’s common concern and the factor behind Muslim unity.

The senior commander underlined that the despicable Zionist regime’s criminal activities will definitely strengthen the Palestinian nation’s unity and resistance until ultimate victory.

At such critical juncture, the Muslim nations and the people of Palestine will never forget the treacherous act of certain Arab states in normalizing ties with the usurping and child-murderer Zionist regime, he noted.

Major General Baqeri finally warned the Zionist regime and its regional and extra-regional supporters, mainly the terrorist US regime, that the Islamic resistance front has paved the way for the liberation of Palestine and Al-Aqsa Mosque and for the definite elimination of the Israeli regime from the region.

The Israeli regime’s aggression and violations against the Palestinians have witnessed a shocking spike since the beginning of the Muslim holy fasting month of Ramadan.

Since early Ramadan, the Israeli military and illegal settlers have been launching brutal crackdowns on Palestinians throughout the occupied territory of the West Bank. The greatest part of the violence has targeted the holy city of Jerusalem (al-Quds), where the military and the settlers have been trying to prevent Palestinians from gathering and performing their religious duties.

The barbarous measures have seen the regime attacking thousands of Palestinian worshippers on the al-Aqsa Mosque’s compound in al-Quds’ Old City.

Also during Ramadan, the Israeli military attacked al-Quds’ neighborhood of Sheikh Jarrah, trying to force Palestinians into leaving their homes.

The regime has also carried out numerous attacks against the Tel Aviv-blockaded Gaza Strip, whose residents have risen up in solidarity with their fellow Palestinians in al-Quds.

The Palestinian groups have so far fired hundreds of rockets towards the occupied territories, some of which have flown as far as al-Quds itself.

Israel continued on Friday to bombard Gaza Strip with air strikes and artillery shells, ignoring international calls for calm, as it stepped up the deployment of troops and tanks near the besieged Palestinian enclave.