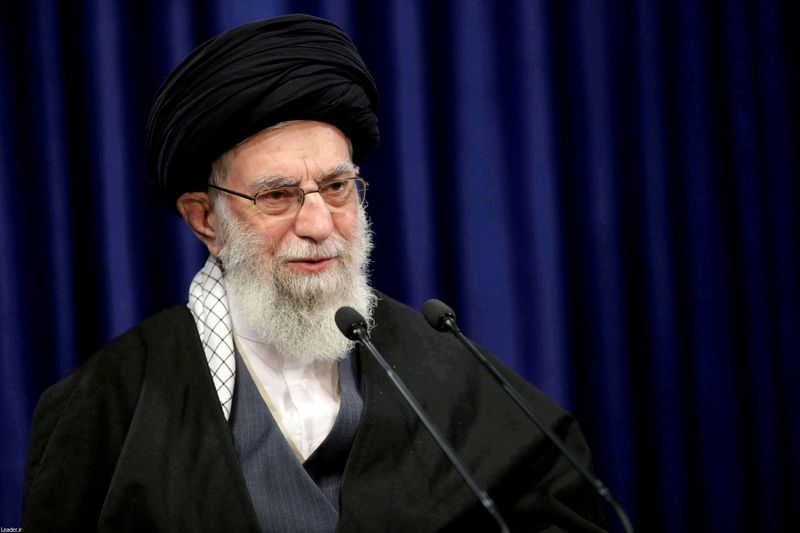 “These days, the U.S. is being hit in ways it never computed. The two American presidents – the current and former heads of state – have joined hands to tarnish the image of the United States,” Khamenei said without elaborating.

Iran and the United States resumed indirect talks in Vienna on Tuesday to revive a 2015 nuclear deal that former-U.S. President Donald Trump left in 2018.

While the U.S. State Department says such negotiations are entering their “final stretch”, Iranian officials have declared that part of their demands on sanctions removal have so far been left unaddressed in the Vienna talks.

Both sides say that they await a final political decision from the other to revive the nuclear deal.

On Tuesday, Iran’s top security official, Ali Shamkhani, warned on Twitter that “the path to negotiations will not be smooth” should the current U.S. administration continue with the maximum pressure campaign launched against Iran by Trump.