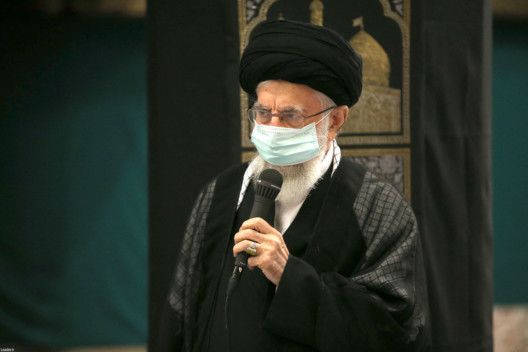 DUBAI: Iran’s Supreme Leader Ayatollah Ali Khamenei spoke for the second time in less than a week in a televised speech on Wednesday, appearing healthy after a report that he had been under observation by a team of doctors.

The New York Times reported on September 16 that Khamenei, 83, had cancelled all meetings and public appearances after falling gravely ill and was on bed rest under observation by the team of doctors, quoting four people familiar with his health situation.

Khamenei, who has led the Islamic Republic since 1989, appeared on Wednesday to deliver remarks at an event commemorating veterans of the 1980-88 Iran-Iraq war.

Dressed in his usual clerical robes, he spoke for 55 minutes, focusing mostly on the Iran-Iraq war and “the need to teach young Iranians about the conflict and for them not to fall for Western powers’ deception”.

He did not mention protests that have swept Iran for the last four days over the death of a young woman while she was in the custody of Iran’s morality police.

Prior to his address, Khamenei sat for close to an hour on a podium listening to speeches by army commanders and religious songs, wearing a face covering. He got up unaided from his chair to deliver his remarks and spoke clearly.

Khamenei, a staunch opponent of the United States and its allies in the Middle East, has been supreme leader since the 1989 death of Ayatollah Ruhollah Khomeini, who established Iran’s Islamic Republic after the 1979 revolution.

On Saturday, Khamenei received a group of visitors during a religious ceremony. It was his first public appearance for more than two weeks.

Two sources close to Khamenei denied to Reuters on Friday that his health had deteriorated, responding to questions about his health. Until Saturday’s appearance, he had not been seen in public since Sept. 3, sparking social media rumours that he was ill.

During his more than three decades in charge, Khamenei has continued to defy the United States, spread Iranian military power in the Middle East and kept an iron grip at home.