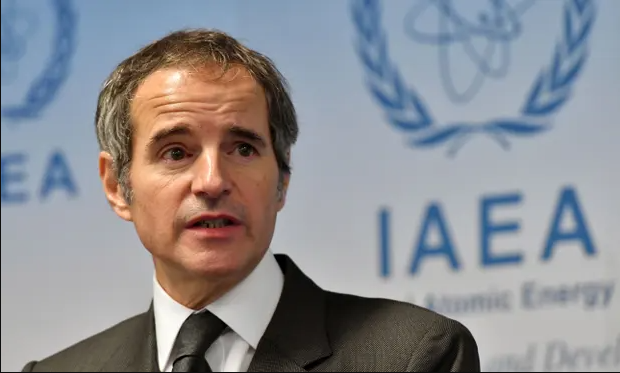 Iran’s failure to provide credible explanations for traces of uranium found at two undeclared sites is “a big problem” that is affecting the country’s credibility, the head of the UN’s nuclear inspectorate, has said.

Rafael Grossi, the director general of the International Atomic Energy Agency (IAEA), also said Iran and the US could not simply return to the old nuclear deal on exactly the same terms as signed in 2015, but needed a new understanding on how to handle Iran’s increased nuclear knowledge, and its possession of more advanced centrifuges.

Grossi is not directly involved in the talks in Vienna, currently in their fifth stage, on the terms for Iran and America’s return to mutual compliance with the 2015 deal, but his organisation’s technical advice on Iran’s credibility and how the agreement needs to be reworked is critical.

An Argentinian diplomat, he has twice saved the Vienna talks from collapse by negotiating temporary technical agreements to give IAEA inspectors continued but more limited access to Iran’s declared nuclear sites.

The agreement involves Iran allowing sealed cameras to continue to run inside the nuclear sites, but for the IAEA not yet to have access to the footage. He admitted he was keeping the whole agreement on life support while Iran and America try to reach a reworked version of the Joint Comprehensive Plan of Action, the name of the 2015 Iran nuclear deal.

He said it was not his job to give an ultimatum to Iran to explain the cause of the unexplained uranium found at three sites, one of which Iran said was a carpet cleaning facility, but to report the technical truth. “They know they have to provide explanations. We are asking them to come clean with all these things because it can only help them.”

He said he has told Iranian officials: “This is going to affect the credibility of your country in general and the chances for any bigger wider agreement that you want to enter with your counterparts in the JCPOA.”

“My responsibility is the credibility and integrity of the non proliferation regime”, he said. “I could say ‘don’t say anything’, but then five years down the line something happens, and then it is a dereliction of duty on our part.”

He added: “We found traces of uranium that has been subject to industrial processing in different places, which had not been declared by Iran. That is a big problem. Some people banalise this and say ‘this is old stuff’. We have to get to the bottom of this, not for any academic obsession of the director general but because it is non-proliferation relevant.

“We know that something happened here. There is no way round it. We have found this. There was material here. When was this? What has happened with this equipment? Where is the material. They have to answer.”

He described Iran’s cooperation with his long running investigation as “a work in progress”.

There needed to be what he described as “an agreement within an agreement, or an implementation roadmap” on how to address Iran’s improved nuclear strength, including its use of more advanced centrifuges than allowed under the 2015 agreement.

“They have many options. They can dismantle, they can destroy, they can put in a cupboard. What we need to be able to do is to verify in a credible and timely manner.”

He said the issue of knowledge acquired by the Iranians was “very hard to resolve. They have developed new centrifuges. Research and development has taken place. It was not allowed by the original JCPOA. It has happened and now the issue is how to deal with the results. What you absolutely need is a way to verify that if they have that knowledge it is not being used to make bombs.”