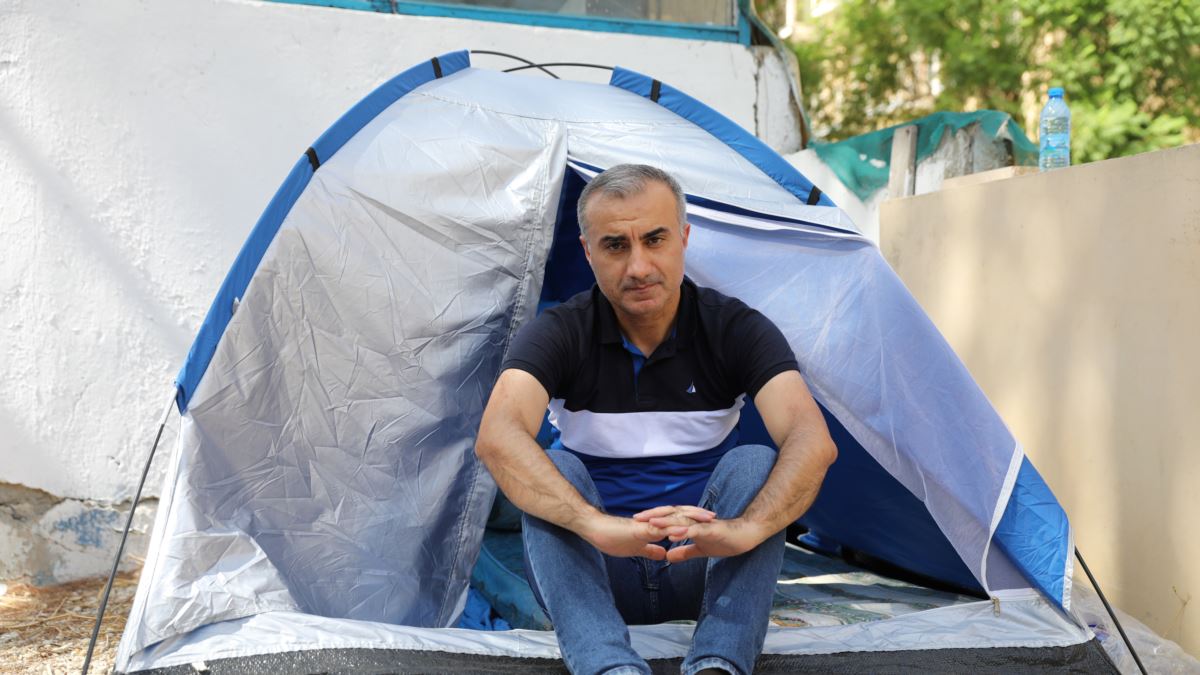 Since mid-September, Omid Tootian has been living in a small tent in Cyprus’s buffer zone, a United Nations-controlled slice of territory carved out after a war split Cyprus in 1974.

A musician critical of Teheran, Tootian left Iran for Turkey four years ago. Fearful for his safety in Turkey where he claimed other Iranian dissidents had disappeared, he travelled to northern Cyprus, a statelet recognised only by Ankara. From there, he planned to travel to its internationally recognised Greek Cypriot south.

That is where his plans stalled.

“The police didn’t let me in,” Tootian, 45, told Reuters, saying officers on the Greek Cypriot side cited restrictions because of COVID-19. “So I got stuck here in between.”

‘Here’ is a slice of territory about 500 metres wide separating opposing sides in central Nicosia, Cyprus’s ethnically split capital. The buffer zone, as it is known, fans out east to west, 116 miles (180 kms)long.

Tootian has pitched his tent in the overgrown garden of a home abandoned during the war. Shutters with peeling paint hang off hinges on windows still stacked with sandbags. A building next door housing peace groups has the only visible sign of activity in the area.

The area is named after the Ledra Palace, a hotel on the other side of the road where a British contingent of United Nations peacekeepers stays.

After 29 years of being sealed shut, it was the first crossing point opened to the two communities in 2003. In February, the coronavirus outbreak effectively sealed it again.

Now only a few people, and overwhelmingly locals, use the corridor. The Greek Cypriot side does not allow non-Cypriots through because of coronavirus restrictions.

But despite having tested negative for COVID-19, Tootian says, he was still turned back four to five times. He says he will not return to the Turkish Cypriot side because he fears he will be deported to Turkey, and from there, back to Iran.

“I have no choice. I will either stay here or they will take me in, there is no other option,” Tootian said.

The Cypriot interior ministry, responsible for asylum matters, did not immediately respond to a request for comment.

A spokesperson for the UNHCR, the United Nations refugee agency, said they had communicated with Cypriot authorities on the need to allow Tootian access to services to apply for international protection, enshrined in national and EU law.