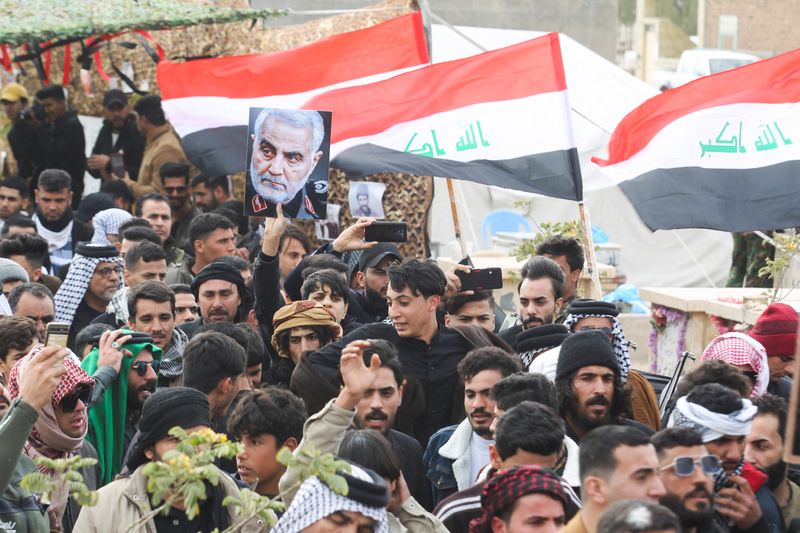 Iraqis, and supporters of Hashid Shaabi (Popular Mobilization Forces), gather as they visit the grave of Iraqi militia commander Abu Mahdi al-Muhandis during the second year anniversary of the killing of him and senior Iranian military commander General Qassem Soleimani in a U.S. attack, at the Wadi al-Salam cemetery, in Najaf, Iraq January 3, 2022. REUTERS/Alaa Al-Marjani

“If Trump and (former Secretary of State Mike) Pompeo are not tried in a fair court for the criminal act of assassinating General Soleimani, Muslims will take our martyr’s revenge,” Raisi said in a televised speech on Monday.

Soleimani was killed in Iraq in a drone strike ordered by then-president Trump.